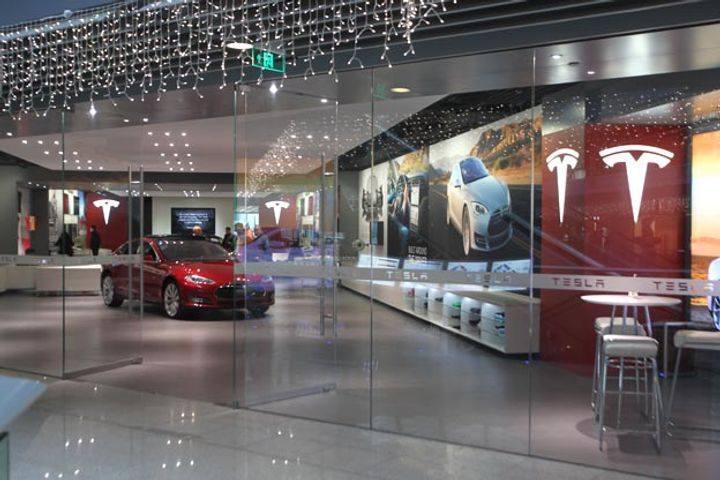 The plant, known as the Gigafactory 3, should start delivering its first cars in around three years, Musk said in a letter to shareholders yesterday. The facility is California-based Tesla's first outside the United States and is expected to make 250,000 vehicles a year.

The statement came the same day Tesla released its second-quarter earnings, nearly doubling its loss on the year to USD740 million, or USD4.22 a share, and missing out on analysts' expectations of a USD630 million deficit.  Musk said during a follow-up conference call that the carmaker will swing into the green this quarter as it doubles production of the Model 3 -- and runs with 9 percent fewer employees after layoffs made in June.

Tesla ended June with USD2.2 billion in cash, which Musk believes will be enough for it to jack up production of the Model 3 -- set to be the brand's mainstay vehicle due to its lower price tag -- without the need for outside funding.

That additional output should help Tesla push ahead in China, which is already its second-largest market outside America. Global researcher IHS Markit forecasts it will sell 3.5 million vehicles in the country in 2022, compared with 580,000 last year, after the Shanghai factory comes into operation to assemble cars and make batteries.