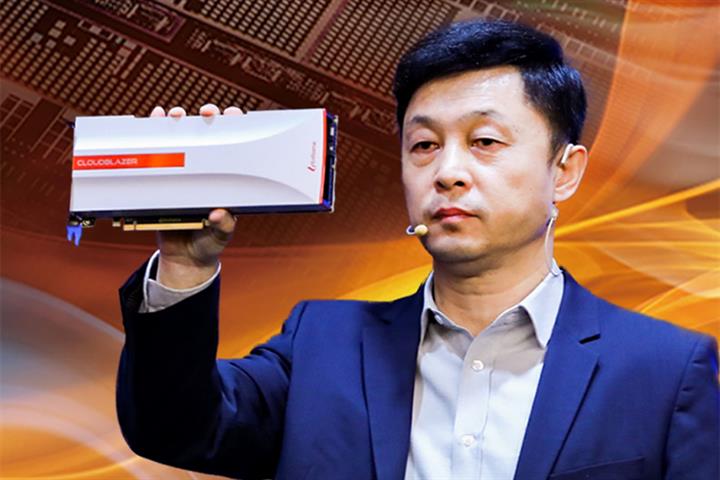 Tencent was a participant along with lead investor SummitView Capital, a semiconductor industry fund, Shanghai-based Enflame said today as it announced the round’s conclusion.

Tencent invested in Enflame’s first two rounds of financing: a CNY340 million pre-Series A round in August 2018, in which it was the lead investor, and as a co-investor in a CNY300-million A-round last June.

China has a huge market space for smart computing. According to the Qianzhan Industry Research Institute, the market for AI chips will log annual growth of 40 percent to 50 percent over the next few years, reaching CNY78.5 billion (USD11.1 billion) by 2024.

AI chips are classified into cloud and terminal chips based on application scenarios. The cost of developing cloud chips is higher because they aim for high performance, while terminal chips focus on low cost and low power consumption.

The proportion of Chinese AI chip developers in the cloud chip business is not large. AI unicorn Cambrian, whose application for an initial public offering on Shanghai’s Nasdaq-style Star Market has been accepted, is another such business.

“Tencent and Enflame Technology enjoy a strong business synergy, and their technical teams cooperated comprehensively in the Suisi DTU process, greatly accelerating the chip’s research and development,” according to Yao Leiwen, managing director of Tencent Investment.

“Chip development and making profit cannot be done behind closed doors; and we have always insisted that business operations and product development are both equally important,” Zhao said.