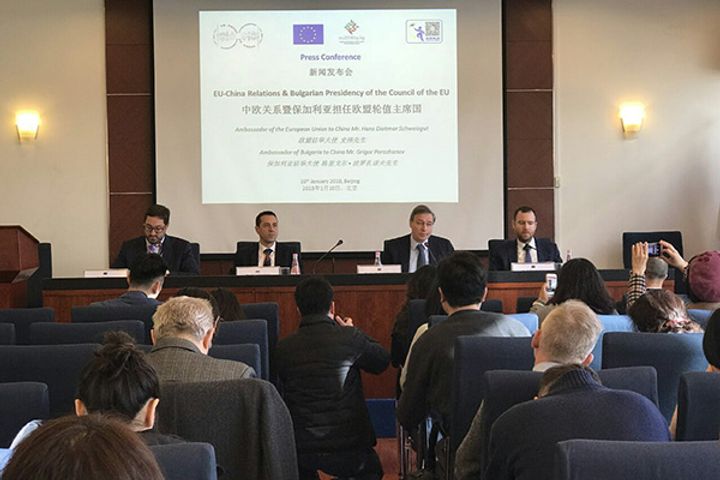 (Yicai Global) Jan. 11 -- The EU looks forward to broadening its cooperation with China in the new year and is now developing its Europe-Asia Interconnection Blueprint to adapt to the One Belt, One Road initiative, Hans Dietmar Schweisgut, the EU's ambassador to China, stated yesterday, state Xinhua News Agency reported.

The EU supports the Belt and Road initiative (OBOR) and hopes to promote the development and prosperity of Europe and Asia jointly with China, Schweisgut said at a press conference in Beijing.

Leaders of China and EU met in Brussels in 2015 and agreed to enhance cooperation in the infrastructure field and establish an "interconnection and cooperation platform." The EU and China jointly formulated guidelines, including opening-up, transparency, finance and environmental sustainability during the international cooperation summit forum for the OBOR held in May.

The EU is now developing its Europe and Asia Interconnection Blueprint, which will issue in the coming months. The EU will have a good framework to facilitate its cooperation with China and other European and Asian partners and adapt to the OBOR, Schweisgut said.