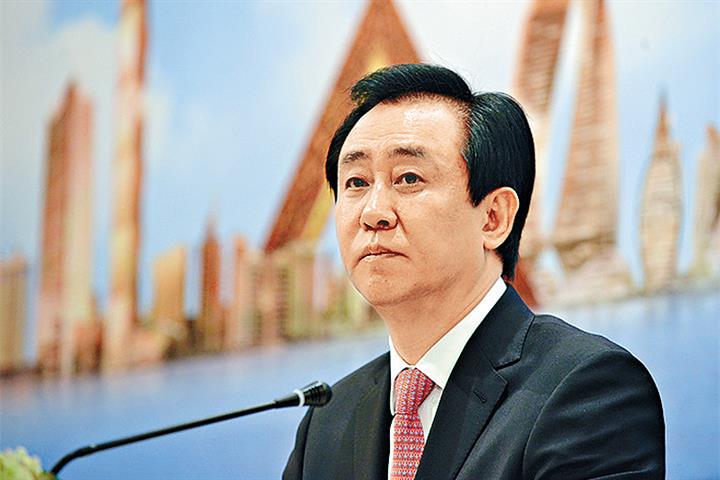 (Yicai Global) Nov. 17 -- The founder of China Evergrande Group has injected more than CNY7 billion (USD1.1 billion) in cash into the debt-laden property developer to boost its liquidity after selling personal assets and share pledges to raise the funds.

Since July 1, Xu Jiayin has sold property, including three villas in Hong Kong and mansions in Guangzhou and Shenzhen, private jets, and pledged equity to use the money raised to guarantee the construction and delivery of homes, interest payments, wealth management product redemptions, and staff salaries, Yicai Global learned yesterday from a source close to Evergrande.

Evergrande has been trying its best to avoid default since its liquidity crisis was made public. The Guangzhou-based firm has recently paid interests on bonds on time. The most recent was on Nov. 11, when it paid USD148 million on three US dollar-denominated bonds.

Evergrande has pledged to protect the rights and interests of investors and resume and guarantee building projects are completed. In mid-August, the company said it would sell assets of Evergrande Property Services Group and China Evergrande New Energy Vehicle Group to quickly raise money to ease its cash crunch. Evergrande was also said to sell its Hong Kong headquarters.

Hopson Development Holdings agreed on Oct. 4 to buy 50.1 percent of Evergrande Property for HKD20 billion (USD2.5 billion), but later that month Evergrande pulled out of the negotiations due to payment method problems. Evergrande did cut its stake in Shengjing Bank early this month, raising about CNY11 billion (USD1.7 billion).

With sales of only CNY5.3 billion, Evergrande ranked 49th in its sector in September, per statistics from China Real Estate Information’s research center. In October the troubled developer failed to make the list despite the builder in 50th place logging sales of only CNY3.7 billion.