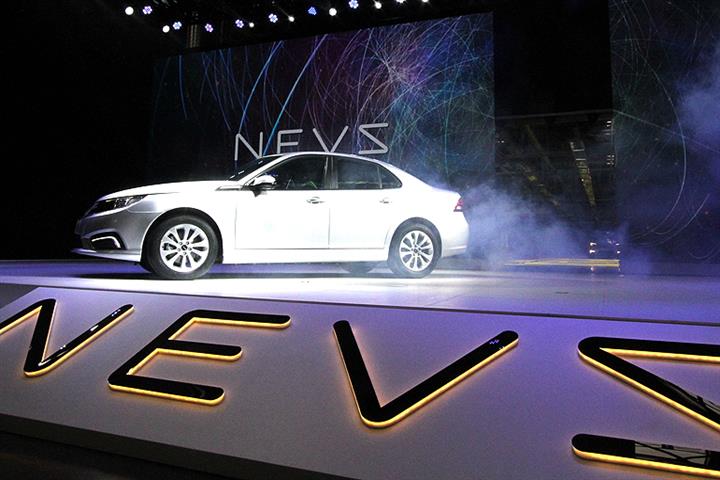 (Yicai Global) June 11 -- Shares in Evergrande Health Industry Group surged this morning after the Evergrande Group unit said it would buy the 17.6 percent of National Electric Vehicle Sweden that it does not already own ahead of releasing its first mass-produced sports-utility vehicle.

The Guangzhou-based firm will pay USD379 million for the remaining shares from National Modern Energy Holdings, a company controlled by a Evergrande Group Vice President and NEVS foudner Jiang Dalong, the buyer said in a statement yesterday. It expects to close the deal tomorrow.

Evergrande Health made its first move on NEVS, which owns the rights to the Saab marque, in January last year, when it announced it would acquire Mini Motor and pick up 51 percent of the Swedish electric vehicle maker for USD930 million using a loan from Evergrande Group. 10 months later, it injected USD3 billion into NEVS to take its total holdings to 82.4 percent.

The ongoing investment has resulted in ongoing losses for the company, with its NEV unit nearly doubling its deficit to CNY3.3 billion (USD469 million) last year, according to its annual financial report.

Chief Financial Officer Pan Darong still believes the move will pay off after Evergrande Health launches its first sports-utility vehicle, the Hengchi, next year, he said when the report was published.