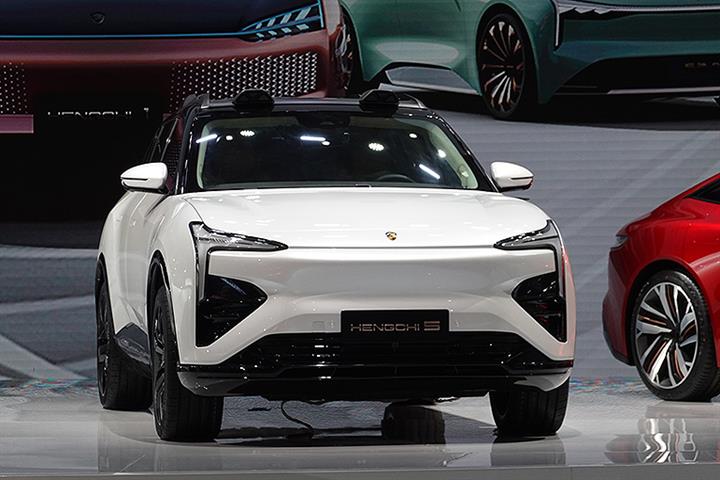 (Yicai Global) May 19 -- Struggling China Evergrande New Energy Vehicle Group, which has yet to produce a single car, has postponed the mass production of its Hengchi 5 model to September from June due to the impact of the recent Covid-19 outbreaks, the electric vehicle arm of debt-laden real estate developer China Evergrande Group said.

Deliveries will start on Sept. 20 instead of June 22 as previously announced, the Guangzhou-based firm said yesterday on its WeChat account, shooting down rumors that the cash-strapped carmaker will put off making vehicles indefinitely. Pre-sales are continuing as normal and the company started hiring sales agents in 18 cities from the end of last month, it added.

Production of the Hengchi 5 model has already started in Tianjin, National Business Daily reported today, citing a company insider. Presales are expected to begin in the second quarter, although Evergrande NEV has yet to set a date. A definite launch date will be set depending on the Covid-19 situation and the readiness of the product, he added.

Whether Hengchi 5 will ever see the light of day has long been questioned as it is not clear where the huge investment needed to finance this will come from. Evergrande NEV is already heavily in the red and its parent firm, engulfed in its own financial crisis with debts of around CNY2 trillion (USD313.3 billion), is no longer able to assist. Evergrande NEV’s deficit nearly doubled in the first half last year from the same period the year before to CNY4.8 billion (USD746 million) on revenue of just CNY37 million (USD5.7 million).

Trading of Evergrande NEV’s stock has been suspended on the Hong Kong stock exchange since April 1 after the auto manufacturer failed to submit its 2021 financial report on time due to a probe into a CNY13.4 billion (USD1.9 billion) security deposit being held by sister company Evergrande Property Services Group.