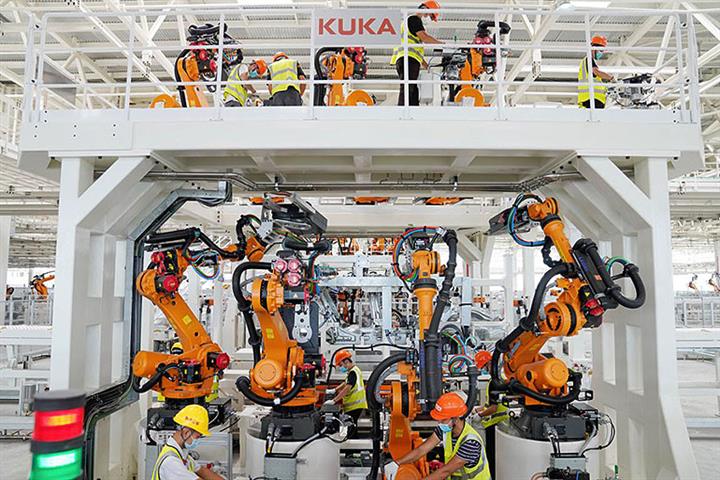 Trial production shows the NEV newbie has the capacity to make vehicles, according to an unidentified industry insider cited by business magazine Caijing. But the Guangzhou-based company declined to provide a date for the start of mass production, the report added.

Evergrande NEV, which changed its name from Evergrande Health Industry Group in August, revealed a series of six Hengchi models the same month. At full capacity, one vehicle a minute can roll off its assembly lines in Shanghai and Guangzhou, Caijing said.

Evergrande forayed into NEV manufacturing in 2018 when it injected assets into Evergrande Health as a vehicle for the move into the NEV field. The firm plans to churn our its first cars from next year with the flagship model selling for over CNY500,000 (USD75,626).

Evergrande NEV will strive to leapfrog US automaker Tesla to become the world's largest and most powerful player in the EV market within three to five years, Evergrande Group founder Xu Jiayin said last year.

The company will build 10 EV plants and ancillary core technology-based parts lines in China and Sweden and in developing countries, per its plan. The first phase of each production facility is designed to turn out 100,000 vehicles a year and will raise output to 1 million units in two to three years, and 5 million in 10 to 15 years.

Its grand vision lifted Evergrande NEV’s stock price about 500 percent from mid-June to early August. The firm’s market value briefly exceeded that of Chinese auto giant SAIC Motor, allowing it to bask in the glow of being the country’s most valuable automaker for a short spell.