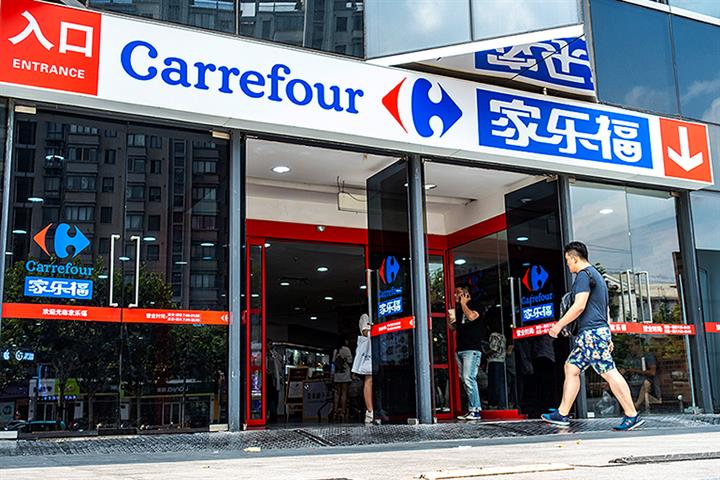 (Yicai Global) March 22 -- Carrefour China plans to seek an initial public offering, according to its chief executive, who also denied speculation that majority shareholder Suning.Com may sell its stake in the supermarket chain operator.

Tian Rui did not disclose the specific timing or location of Carrefour China’s public offering in a recent interview with Yicai Global.

The company will upgrade its hypermarkets this year and open a new supply chain and retail management system, Tian said, adding that it is aiming at a gap in the market in lower-tier cities. The firm will also use its global procurement resources to introduce foreign high-quality products to China, he said.

Carrefour entered the Chinese market in 1995. In the early stages, the retailer expanded rapidly and secured a relatively large market share. But profits fell as competition increased and e-commerce took off. It has more than 200 stores in the country at present.

Suning paid CNY4.8 billion (USD737 million) for an 80 percent stake in Carrefour China in September 2019. Suning announced on Feb. 25 that its founder Zhang Jindong and other shareholders plan to sell a stake in a unit worth USD2.5 billion to meet debt obligations, sparking speculation over the future of the retailer’s stake in Carrefour China.

Following its acquisition, Carrefour China made a profit in the fourth quarter of 2019 and has made steady improvement in operating efficiency through digital transformation in stores and accelerated integration with Suning.