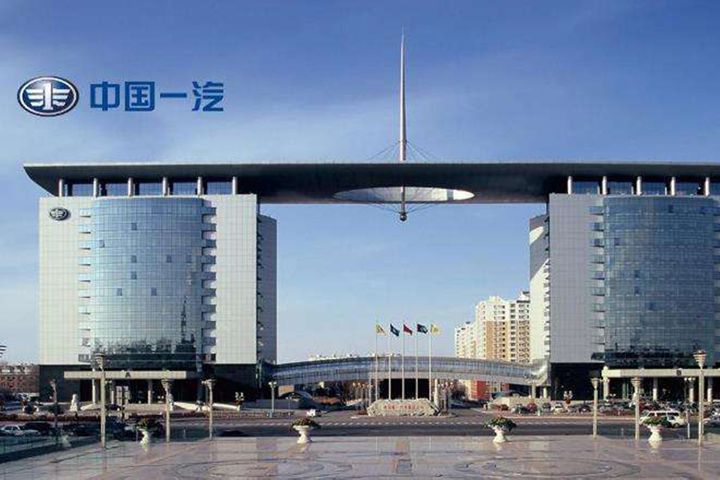 (Yicai Global) July 25 -- FAW Group, one of China's big four automakers, will invest CNY5.4 billion (USD785 million) in its three main car brands over the next three years to lift their game and ramp up sales in the face of intense competition both at home and abroad, Yicai Global has learned.

Hongqi, China's first domestically produced car, will receive CNY400 million (USD58.2 million) for brand promotion and CNY400 million for research and development each year over the coming three years, according to a business plan the company released on July 23 and seen by Yicai Global.

In return, the Changchun, Jilin province-based firm expects to more than double sales to 100,000 vehicles this year, a company insider said. This is a huge hike from last year when sales of the luxury car brand rose more than three times to 30,000 units. In the first half sales reached 33,200. The firm aims to sell 400,000 within three years and realize a profit rate of 6 percent.

Its sport utility vehicle line Pentium will receive CNY500 million for marketing and CNY300 million for R&D each year with a view to shifting one million Pentium vehicles over the period. This might be a challenge, the insider said, because less than 50,000 SUVs were sold in the first half and there are no signs of sales taking off.

Leading heavy-duty truck brand Jiefang will receive CNY200 million in R&D a year, with a sales target of 500,000 trucks over the same timeframe. This target might be easier to achieve, the insider added, as some 313,000 vehicles were sold last year.

FAW group has set up joint ventures with several foreign car brands including Volkswagen, Audi, Mazda and Toyota which continue to perform well in China.