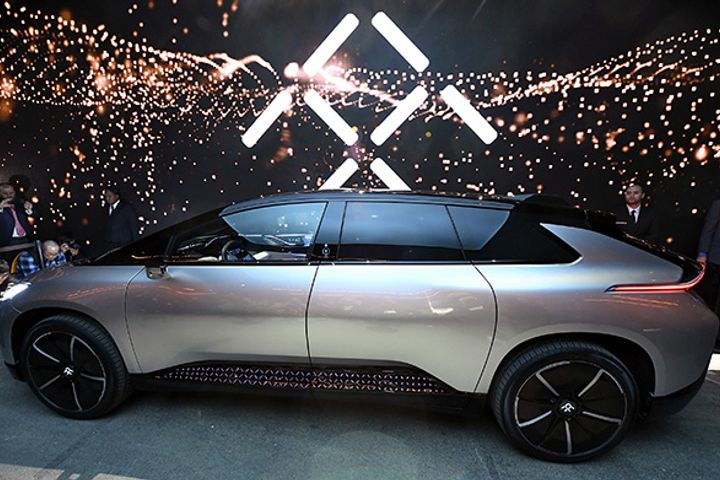 "The Nevada factory remains our planned project. It will stay along with our Chinese plants," Faraday Future said in an exclusive statement to Yicai Global. "However, our top priority now is to achieve mass production as soon as possible. The quickest way to achieve this goal is to let our new plant in Hanford, California start production, which is also part of our production plan, just as is the Nevada factory. Though smaller, that plant has existing production facilities and can prepare for mass production by the end of next year."

Faraday Future plans to mass produce FF91 premium electric cars by next year.'s end However, production at Hanford has not started yet.

Faraday Future's factory project in North Las Vegas, Nevada has been completely stopped, The Nevada Independent reported two days ago. The state government has received a letter from Faraday Future saying that the company has voluntarily relinquished its status as a 'qualified project,' said Steve Hill of the Governor's Office of Economic Development.

Faraday Future has also repaid the state USD16,200, thus returning the incentive money it had received from Nevada. Approximately USD620,000 that remains in a trust fund due to tax abatement for Faraday Future will also be disbursed to the Nevada state government soon, the report said.

"The Faraday project is officially dissolved," the report quoted Hill as saying.

"We bought and still own the land in Nevada. Ground construction of the phase-one project has been completed. Conditions are in place to start production. However, the phase-two project will be delayed. The company is now fully focused on its Hanford plant. We will initiate our Nevada factory when output and demand rise in the future. Of course, we will evaluate the timing of initiation with the Nevada city [Las Vegas] and the state government," Faraday Future told Yicai Global.