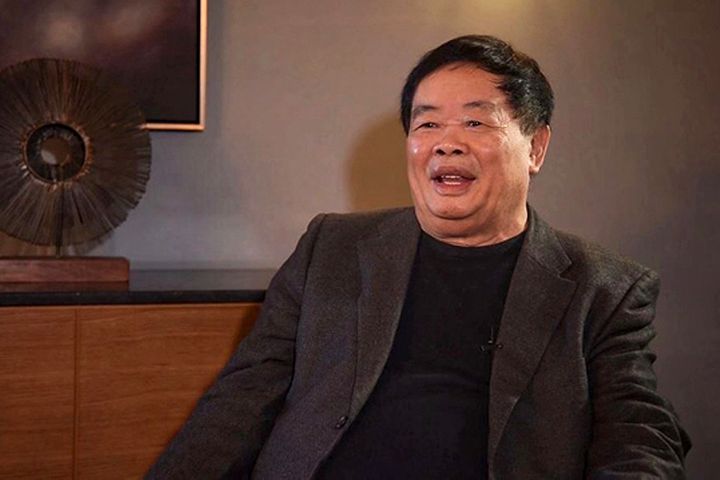 (Yicai Global) Jan. 21 -- The owner of a Chinese factory in Ohio that featured in the acclaimed Netflix movie American Factory is to make his Hollywood debut, as the film has been nominated for the 92nd Academy Award for Best Documentary Feature.

Cao Dewang, founder and chairman of Fuyao Glass Industry Group, will be the first Chinese entrepreneur to show up in Hollywood with an Oscar-nominated movie. His trip to Tinseltown will be mainly to support director Steven Bognar and his wife Julia Reichert, Cao said in an interview with Yicai Global.

"They were so dedicated and worked so hard to make the film," Cao said. "I'm a Buddhist and will be neither excited nor frustrated if we win the award or not. It is the process that counts."

Fuyao Glass is one of the world's largest auto glass producers with a 25 percent market share. In the US, it has 30 percent of the market and accounts for around 70 percent of the industry's profit, Cao added. Based in Fuqing, Fujian province, Fuyao Glass has factories in the US, Mexico, Germany, Russia and Slovakia.

Fuyao Glass bought a shuttered General Motors plant outside Dayton, Ohio in 2014 and converted it into a 180,000-square-meter manufacturing plant. It hired more than 2,300 local employees and was largely seen as Dayton's saviour as the town floundered in the wake of the downturn of the US auto industry. Fuyao Glass implemented a Chinese management model and by October 2016 the factory had swung into profit.

The company now has four manufacturing plants, two value-added service centers and one sales center in the US. It has invested around USD1 billion in the US and as of last August employed nearly 3,000 people locally. Its US factories can produce four million sets of automotive glass a year, Cao said.

The firm's Dayton and Illinois factories posted CNY150 million (USD21.7 million) in net profit in the first half of last year and CNY1.91 billion (USD276.7 million) in business revenue, according to the company's 2019 interim earnings report.

"The factories are doing a very good job and all are profitable," Cao said. "They're showing continuous growth and we've high expectations for them."

Fuyao Glass will spend USD46 million buying new equipment for the Dayton plant, the firm announced earlier this month. The investment is expected to create an additional 100 jobs in Ohio.

China-US trade frictions affected the performance of Fuyao Glass' US factories as a tariff was slapped on some raw materials exported from China to the country.

"Our profit dropped by several tens of millions of dollars last year because of the tariff," Cao said. "Thankfully my customers were willing to share two-thirds of the additional tax, otherwise my company would have had to close down."

Carmakers take years to choose their preferred supplier, so they will not change suppliers easily and are willing to pay the extra cost, he added.

In the first half of last year, Fuyao Glass posted a 34 percent gross margin, according to its interim report. Its peers only managed 10 percent and that was before the tariff hike. Trade frictions have caused many of its competitors to lose money.

"Business was bad last year," Cao said. "This affected consumption, especially in durable consumer goods, so we do not have high expectations for the auto industry this year." The company took measures three or four years ago to prepare for an economic downturn and was reasonably prepared.

There isn't a firm in the world that can build a factory faster than US electric vehicle giant Tesla did in Shanghai, Cao said. Chinese companies must pay close attention to Tesla entering China. Those that don't up their game will be defeated by Tesla, he said.

Tesla broker ground on its first factory outside of the US last January. The first vehicles mass produced on its Shanghai assembly line started being delivered to buyers this month.

Will the world's largest EV maker collaborate with its biggest auto glass manufacturer? "We're on good terms with each other," Cao said, without making further comment.