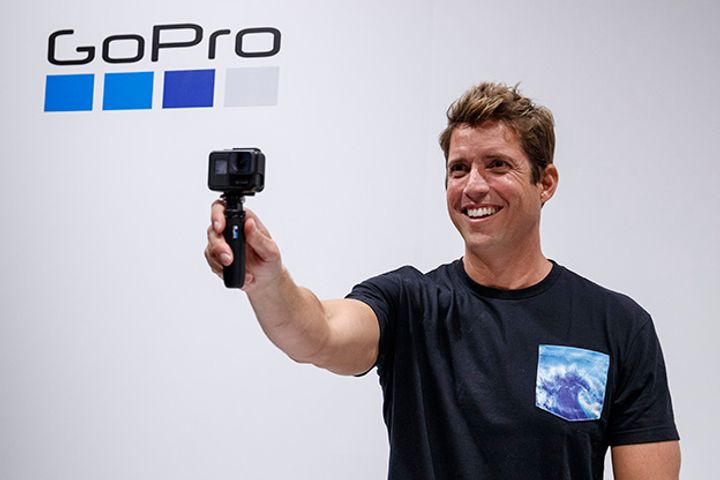 (Yicai Global) Sept. 28 -- Action camera maker GoPro wants its products to stay off a list of goods that will be subject to new Chinese duties on US imports, its founder said in an exclusive interview with Yicai Global.

The California-based company's production is based in China and Nick Woodman, who is also GoPro's chief executive, did not rule out ceasing operations in the country if trade tensions persist, adding that its suppliers are also mostly based in China.

"China is one of GoPro's fastest growing markets," Woodman said on the sidelines of a launch event for the Hero7 camera in Beijing yesterday. "Social media here is well developed, so we encourage users to shoot content with GoPro products."

But prices of GoPro products are highly dependent on imports taxes and exchange rates, Woodman added. They are a key factor behind the relatively wide cost disparity between products sold in China and the US, despite the company's efforts to maintain a consistent global pricing structure.

Chinese media outlets have linked smartphone giant Xiaomi to a possible takeover of GoPro, which sold 4.2 million units last year and launched new products this year that have enhanced the firm's bottom line. Woodman gave no comment on the matter, saying only that he will review all opportunities and make the best decision for the company.

GoPro's ability to innovate has declined, according to industry insiders. It is increasingly difficult for companies to do so, one GoPro user told Yicai Global, citing the challenges Apple encountered with its latest iPhone. "The company's strategy for now is to improve product performance through software upgrades like the HyperSmooth stabilization system," the user added.