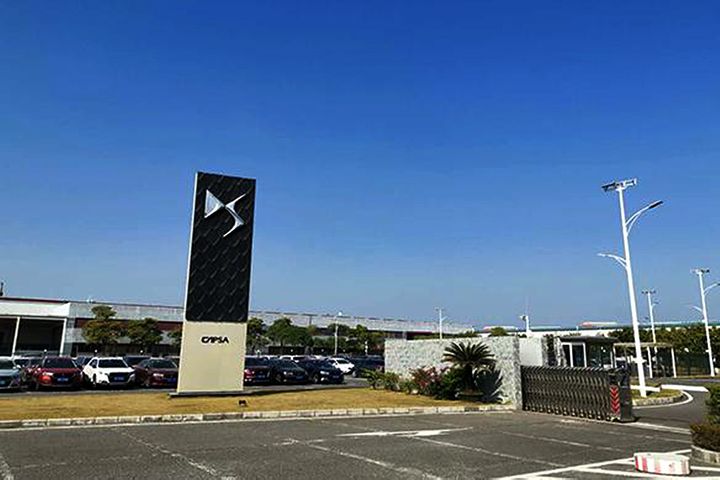 (Yicai Global) Nov. 29 -- Groupe PSA plans to exit its Chinese joint venture with Chongqing Changan Automobile, marking the second time the French carmaker has abandoned one of its subsidiaries in the world's largest auto market since entering the country in 1985.

The firm is looking for a buyer for its 50 percent stake in Changan PSA, a source at the company's Paris head office told Yicai Global. The final buyer has not yet been confirmed, but the group is definitely planning to sell, the insider said.

The joint venture, established 2011, is in such dire straits that both of its 50 percent shareholders are trying to flog their stake in the firm. Local shareholder Changan Auto put its half of the company for sale on the Chongqing Assets and Equity Exchange at the end of last month.

Changan PSA makes and sells DS branded vehicles in China and has brought five vehicles to market since starting production in 2013, but sales never took off. Annual sales peaked at 24,600 cars but have been on the decline since 2015, reaching just 3,900 last year and 2,000 in the first three quarters of 2019.

The unit has been continually operating in the red and, according to estimates based on Changan Auto's financial reports, has lost nearly CNY2.5 billion (USD356 million) for each owner since its formation.

An employee at Changan PSA's Shenzhen headquarters said that Chinese property developer Baoneng Group would fully acquire the JV, though Yicai Global has been unable to confirm this with Changan Auto or Groupe PSA.

This is the second time a PSA joint venture has flopped in China, after Guangzhou Peugeot Automobile went bust in 1997 with a CNY3 billion deficit. Another Chinese unit, Dongfeng Peugeot-Citroen, has also been struggling over the past two years, with sales more than halving to less than 100,100 units in the first 10 months of this year.

Groupe PSA will mostly export its cars to China in future, the executive in Paris added, saying it might still make some cars through Dongfeng Peugeot-Citroeon.

The DS marque has already set up an independent sales department in Shanghai, according to the sales team at Changan PSA that will be replaced by the new division.