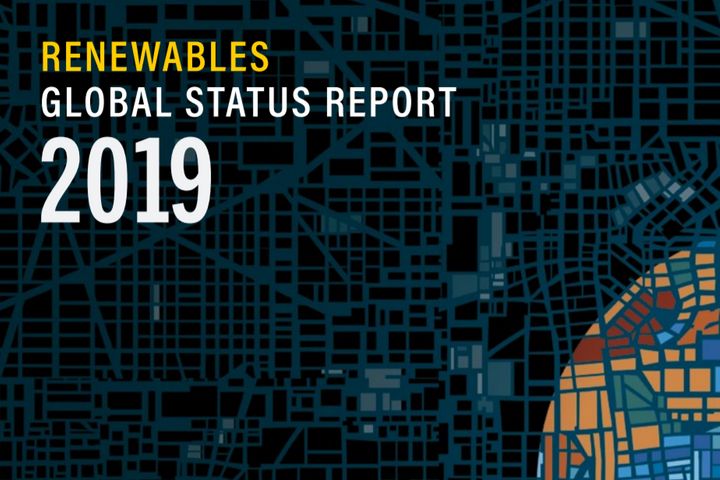 Paris-based REN21 published its 2019 Global Renewable Status Report on June 18, showing China continuing to advance investment and use of renewable energy sources as well as in the number of electric passenger cars and jobs in the sector.

Driven by increasing demand, renewables developed fast over the past decade, but global investment in the sector fell 11 percent last year from 2017, with China's spending also decreasing significantly.

Below are some highlights of the interview with Rana Adib:

Yicai Global: China ranks high for annual investment in renewable energy. How has that changed over the years?

Rana Adib: There have been some changes in the ranking, but it's true that for a couple of years now China has been ranking quite high in terms of investment in renewable energy and also in the establishment and development of renewable capacities. In terms of electric mobility, China is clearly among the top leading countries. We [REN21] have been tracking renewable energy development since 2005. In the beginning, renewable energy was driven very much by Europe. Now China has picked up significantly because of a massive market, but also because of the five-year plans there was clear political support and political indicators on the orientation and the strategy to pursue -- renewable industry development -- which means that the industry knows and feels some security. There is a stable policy framework which facilitates industry involvement, but also investors' involvement, to really engage in renewable energy technologies. So this has been one of the main drivers in China, plus very clearly, China has really built up significant manufacturing capacity in solar and wind, which also means jobs creation.

YG: You mentioned that policy is so important for the development of renewables. Do you think it is market driven or policy oriented?

RA: It's not an either-or question. You need to have the right policy and regulative framework for renewable energy to really be successful. Today renewable energy is cost competitive in many areas of the world, but here we have a parameter that is clearly market driven, it's the least cost option to produce electricity compared to coal or fossil fuel and nuclear generation. However, we are operating renewable energy in a market that has been designed around fossil fuels. Here the regulatory framework is fundamental to have basically priority access to the grids and ensure grid connection is possible to remove fossil fuel subsidies so that we really have a level playing field between renewals and fossil fuels and nuclear. We do see there are so many countries where there are barriers, even though they have good targets and even policies. The fact is that it is not driven at the administrative level. This limits or slows market growth.

YG: Global investment in renewables fell 11 percent last year from 2017. China's investment also decreased a lot. What are the possible reasons for this decrease?

RA: Further improvements in technology developments and market competition have clearly led to cost reductions. This is a part where even though investment went down, this does not mean that installed capacity went down. China has reduced subsidies and support for solar photovoltaics, and this did have a major influence on the installed capacities and investment in China, and also on the global market.

YG: What challenges do you think the development of China's renewables sector faces?

RA: The major challenges China faces are twofold. One is that China has focused on renewable energy capacity development in the past to meet increasing energy demands quickly. Today, we already see the Chinese government is adapting to a more quality, systemic and integrated approach. For instance, China has invested significantly in building up transmission infrastructure although it has reduced solar PV support. China was able to reduce curtailment rates for wind and solar power in a very significant way. So I think this is one of the challenges: moving from just installed capacities to a much broader systems approach.

There is another aspect which is moving from only the electricity transition to a broader energy transition. It is in the electricity sector that renewable energy takes 26 percent, a big success since it has the policy attention. However, we only have 10 percent renewable in heating, and 3 percent in transport. This means there is a next step to broaden the policy framework for technology development and development of local industry toward these other energy users.

YG: How do you see the future development of renewables in China, since it has cut subsidies to solar panels, battery vehicles and other sectors?

RA: I am concerned about these cuts, but these cuts have been observed in other markets because solar PV costs have come down significantly. But I am positive on the Chinese ecosystem because if there is the policy will, then China has a real strength in building up industries and building up a real economic system around this. There are many resources in China which are key success factors for making the transition happen.

YG: Hydrogen power has become very popular in China, and many firms swarm into this industry. What do you think of the progress in hydrogen power? Do you think it's a bubble?

RA: Hydrogen is out of the scope of our global status report, but we still have an opinion on this. I am not speaking about fossil fuel-based hydrogen, but about renewable-based hydrogen. We also see how important it is for renewables to be integrated.

You might have in the overall development small moments of bubbles, because sometimes the support for some technologies might be higher, and five or 10 years later, it can be reduced. But in general I don't think we can speak about renewable energy as a bubble. It's a mandatory development.

When you have very quick developments which are not driven in a strategic way, there is a risk for bubbles. This is where it is even more important to have an integrated approach on renewable energy development, which means having a longer term vision, broadening it to economic policies, industrial development strategy, creation of jobs and training. It's a broad undertaking.

YG: As China pushes for electric cars and higher vehicle emission standards, problems such as low sales and high inventories have cropped up. What is the solution? And what if carmakers such as Volkswagen cheat when they feel under pressure?

RA: Air pollution and economic development are among the key drivers of China's renewable energy development. China is leading when it comes to electric vehicle deployment. It is leading also when it comes to the use of electric buses in public transport. I think what we can learn from renewable power development is that very clear policy signals are important and a real strategy because this allows the industry to put the effort into developing the technologies and innovation. The policies here are often driven at the national level but can also be driven very much at the municipal level, and especially in the transport sector, we see that for instance having low emission zones and parking favoring low emission vehicles is very important. It is also clear that it needs to be integrated in a broader transport strategy by shifting transport to public transportation and then by improving this in terms of efficiency. In China policymakers really have the power and influence to make sure that it [emissions cheating] does not happen. Even with Volkswagen, the fact that they were identified in cheating has led ultimately to the fact that they are engaging much more and probably in a more rigorous way in reaching low fuel standards and making the transition happen. There is still globally an industry interest in maintaining systems and industry that are built around fossil fuels and nuclear. In the transport sector this is really the case. This is a real societal change that needs to happen.