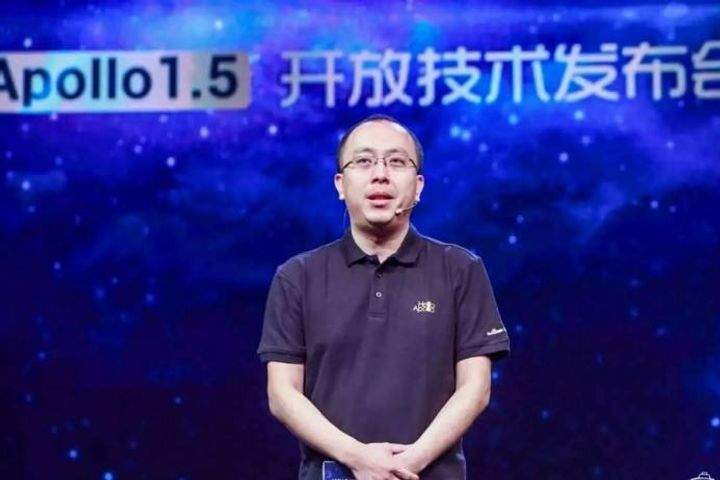 (Yicai Global) June 15 -- Safety is one of the main development directions for autonomous driving, according to a vice president at Baidu, a Chinese tech giant pursuing success in the futuristic sector.

"About half of the codes added to Baidu's self-driving programs this year have been safety related," he continued. The firm set up a safety team immediately after forming its self-driving unit, before it release its open autonomous driving platform Apollo.

The group has dedicated units overseeing decision-making and planning, security, data and simulation operations and research and development, covering all aspects of passenger safety, even monitoring driver fatigue, Li said, adding that all goals point to building a solid foundation for the entire Apollo platform.

Baidu is one of a handful of companies to obtain road testing license plates for autonomous cars, and is able to run assessments in Beijing, Fujian and Chongqing. But before hitting the streets, vehicles need to go through a series of simulated sessions in enclosed and open sites to ensure they are reliable. Test monitors, who sit in on autonomous vehicle assessments, undergo strict appraisals on a regular basis, Li added.

Asked about the competitive landscape in the driving automation market, Li admitted that the United States was paving the way in fundamental theories, algorithms and integrated circuit development, but believes Chinese companies have a unique advantage in terms of commercialization, digitization, government support and infrastructure. In future, the focus of global competition will lean toward countries' environment, infrastructure and autonomous driving capabilities, he added.

Apollo and Chinese busmaker King Long already have plans to begin mass production of a Level 4 self-driving minibus named Apolong next month, Li said. SAE International, formerly the Society of Automotive Engineers, defines level 4 vehicles as those which can drive themselves safely under most conditions without the need for human intervention.

Apollo brought its full range of self-driving vehicles to the show, and during the event penned a deal with German auto giant BMW to work together on a 'home-car' network. It also signed agreements with Byton and Hyundai to develop autonomous driving systems as it looks to mass produce Apollo-based products and get them to market.