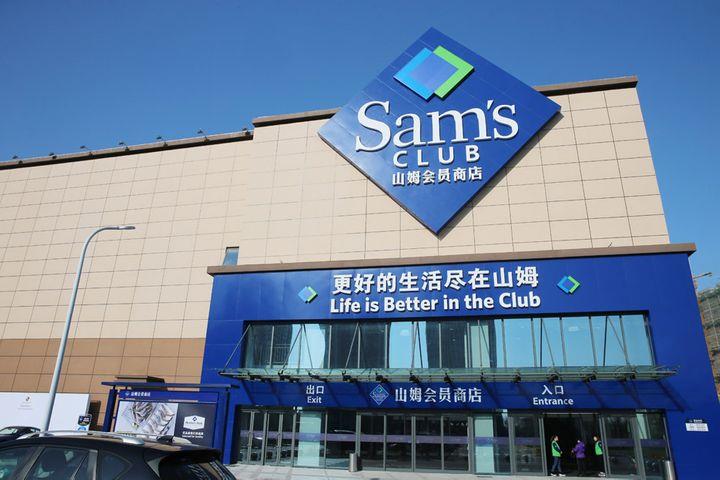 (Yicai Global) April 14 -- Sam’s Club plans to underscore value in its China product offering as the US retail warehouse chain expects a slow return to normality following a “pretty difficult” start to the year for retailers because of the novel coronavirus epidemic.

The Walmart-owned firm, which rubberstamped plans for its biggest-ever flagship store in the country on March 25, will double down on value while continuing to focus on product quality, China Chief Executive Andrew Miles told Yicai Global in an exclusive interview on April 10.

“If members today are saying that quality is important, that won’t change,” Miles said. “How much they pay for quality, that may change.

“Value is going to play a bigger role for the coming months. We’re going to invest more in our value side to ensure that our members know they not only get quality, but also value.”

While its members are also eager to get back to normal, Sam’s Club is aware that that may take some time in the wake of the disruption caused to businesses by the global pandemic. China’s retail sales fell 20.5 percent in January and February from a year earlier, according to official figures released on March 16. Areas of Sam’s Club’s trade were badly hit as consumers stayed home to contain the spread of the virus, Miles said.

“We are cautious that it might take longer than normal to get back to normal, so we are looking at what our members are telling us,” Miles said at an event in the firm’s Pudong store marking Shanghai’s raft of new foreign investment policies.

“The past few months have been pretty difficult for everyone,” he said. “There’s no doubt that we are going to be seeing some changes, and we are seeing that already. Overall, we’ve seen strong growth in food and fresh, but it’s been very slow in the other areas of our business.”

Sam’s Club has seen an uptick in online sales in China as fewer people ventured out to its bricks-and-mortar stores during lockdown, he said.

“There’s been massive growth in e-commerce because obviously people didn’t want to go out. That wasn’t unique to Walmart and Sam’s. It was the whole environment.”

Miles acknowledged the power of e-commerce as growing numbers of Chinese shoppers take their purchases online and consumption habits change. But he also emphasized the role that traditional physical stores play for families, especially for the club’s members. Nearly a third of Sam’s Club members shop online and offline.

“We see the benefit of having big stores as well as e-commerce,” he said. “While we know the trend is toward e-commerce, our members still want to come out with their families. They still want a safe, spacious environment with lots of new stuff going on. In actual fact, the growth of any successful business in the future will have really good online and really good offline.”

Despite the shift to online shopping, Miles expects a good in-store retail experience to be a key feature for the sector over the long term. “Having big clubs, and putting on demos and events will be an important part of the future for many, many years,” he said.

Rising demand from consumers in the first-tier city of Shanghai was a key driver of the company’s decision to build a 70,000-square-meter flagship store in Waigaoqiao Xin Development Park in the Shanghai’s free trade zone. Opening in 2021, the store will be Sam’s Club’s largest ever in China.

“We’ve seen the demand from our members in terms of wanting more space and we’re growing our member base,” Miles said. “It’s all about how we give them a very comfortable and exciting shopping experience. And to do that we need a bigger plot and that’s why we’re launching our biggest-ever club here.”

Miles lauded the progress made in Shanghai since setting up its first store in Pudong over 10 years ago and envisages further room for growth. “It’s a really fast-growing market and we have a really strong member base here,” he said. “Our data is telling us to try something like this, it’s what our members want.

The firm has registered a “strong business performance” in Shanghai in recent years, Miles stated. He attributed the improvement to growing awareness of the brand in the local market.

“People are now understanding the membership model because that was always new,” he said. “When we go to a new city, that’s always the question: why do I have to pay? But once people understand that and they see the value and the quality products that we bring to them, very quickly they can accept that. And our renewal rates are really strong.”

The merging of aspects of online with offline will also make up a key feature of the new flagship store. “It will have some new products and new categories. We can’t go into the details yet but it will really compliment the fact that you can go online,” Miles said.

Sam’s Club has set out ambitious plans to grow its presence in China. It has a pipeline of 40 to 45 new store developments in the country by the end of 2022. Miles indicated that the company has already drawn up a list of target cities.

“We’ve already mapped out in which cities they will be and where our members are growing,” he said. “We don’t fill clubs quickly because they are big, so it takes a few years. We’ve built that pipeline so we know what's coming. We’ve got confidence that by 2023, those 40 to 45 clubs will be open, in operation, or in the process of being constructed.”