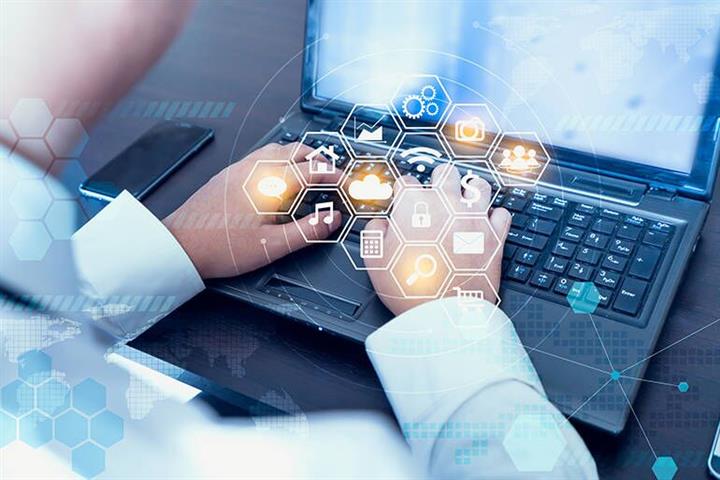 (Yicai Global) July 12 -- One of the companies at the centre of a banking scandal engulfing central Henan province, that was brought to light last month after depositors at some rural banks found they were unable to withdraw cash as their health codes had inexplicably turned red, is very likely a shell firm, Yicai Global’s investigations have revealed.

Chenyu Information Technology was set up by a criminal gang to delete, block and tamper with data, police in Xuchang, Henan province said on July 10. It is part of a vast network of companies that were used to infiltrate four rural banks in order to carry out financial wrongdoing.

When Yicai Global’s reporter visited Chenyu Information’s registered business address in Zhengzhou, the provincial capital, yesterday, he found the doors locked. There was no company sign at the entrance and other staff members working in the building said that they had never heard of such a firm.

Chenyu Information’s legal representative is Yang Shuyou, who holds 95 percent equity, according to corporate data platform Tianyancha. The other stakeholder is a man called Yang Ningli. The company was set up in 2018 with an impressive CNY5 million (USD743,000) of registered capital. But there are no records of the firm having any staff and no social security payments have been made.

Both Yang Shuyou and Yang Ningli hold positions or own stakes in companies connected to an organization called New Wealth Group whose owner has stakes in the four banks in question.

Yuzhou Xin Minsheng Village Bank, Shangcai Huimin Village Bank, Zhecheng Huanghuai Community Bank and the New Oriental Country Bank of Kaifeng have been attracting savers from around the country through a number of third-party financial services platforms with rates of around 5 percent a year, much higher than most banks.

However, many depositors found that they were unable to withdraw cash last month as their Covid-19 health codes had inexplicably turned red, preventing them from leaving their homes and sparking a police probe.

It was found that Lv Yi controls hundreds of companies and their shareholdings cross over, a person who worked at an affiliate of Henan New Wealth told Yicai Global earlier, adding that Lv’s name never appears on any company documents. For instance, Xuchang Rural Commercial Bank, which is controlled by Lv through a complex network of shareholders, is the biggest stakeholder in three of the banks.

In this way, Zhengzhou-based Henan New Wealth was able to infiltrate different banks to leverage funds which it then lent out at usurious rates. It also ran a financial services platform called Junzheng Zhida Technology and used some of the deposits it channeled to the rural banks to extend fake loans. These are all criminal acts, the police said.

The ensuing furore has prompted the provincial government to step in to try and mitigate the damage. Yesterday the Henan government said that it will first give depositors back their money as it deals with the ongoing investigation.

Savers who have deposits of up to CNY50,000 (USD7,430) in any single account at the four banks will have the principal amount returned to them starting from July 15, the Henan Provincial Financial Supervision Bureau said. Refunds to those with more funds will follow.