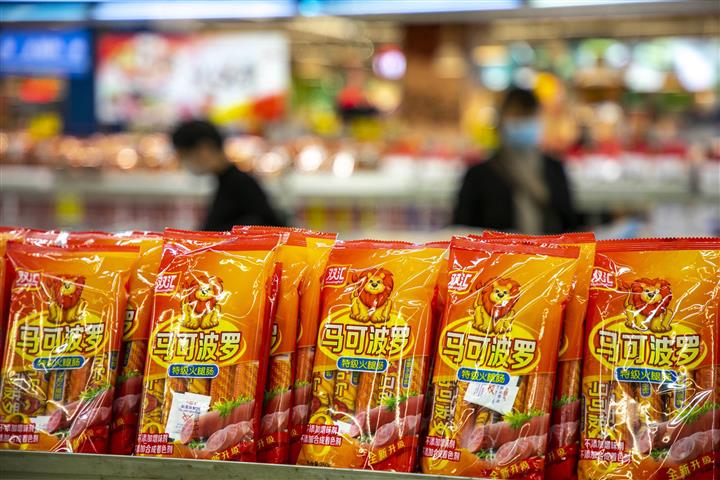 (Yicai Global) Aug. 10 -- The former vice president of WH Group, who recently made headlines after being pinned to the floor by the bodyguards of his father, chairman of the Chinese meat processing giant, after a spat about managerial choice, opened up recently to Yicai Global about the difficult relationship they have and his view of the future.

Wan Hongjian, the eldest son of Chairman Wan Long, was stripped of all his positions in the world’s biggest pork producer after a bitter quarrel in June, triggered by differing choices about the appointment of a particular senior manager, which ended up with him being restrained by bodyguards and pictures of his bloodied face splashed across social media.

But the differences have been simmering for some time and the father and son do not see eye to eye on a number of issues, including market fundamentals and the long term business strategy, Wan Hongjian told Yicai Global. The Hong Kong-based company’s future depends on his father’s level of cognition and self-cultivation, he added.

Wan Hongjian has always been against his father’s purchase of Virginia-based pork giant Smithfield Foods in 2013. Personally, he prefers Chinese-style meat products to the American-style ones that his father has been pushing in recent years, he said.

The US meat processing industry is saturated with little room for growth and the returns on investment are much lower than in China, Wan Hongjian said, who spoke in calm, measured tones throughout the interview. He felt that the risks of the purchase outweighed the potential benefits and would be a drag on Shuanghui’s growth in the China market.

"The reasons behind the acquisition are complex," Wan Hongjian said. "Apart from the desire to integrate the upstream and downstream supply chains, it was also seen as an opportunity to transfer personal assets abroad and there was a sense of urgency among major shareholders to cash out overseas."

Wan Hongjian, who referred to his father as ‘dad,’ ‘the boss,’ or Mr. Wan Long, during the interview, said he does not have the courage to confront his father about a difference of opinion without stiffening up on alcohol first. His father is a god-like figure in the WH Group, formerly known as Shuanghui International, and commands total obedience from his staff and his children. He is worth around CNY12 billion (USD1.9 billion), according to Forbes.

Wan Long has been living in a hotel in Hong Kong for the last two years and the only people he comes in contact with are his personal secretary Shen Ruifang and his bodyguards. Wan Hongjian said that Shen has told him and his wife to first broach any subject they wish to discuss with his father with her first and she will tell them whether they can go ahead.

Now without a position in the company, Wan Hongjian said he is not surprised and would probably have resigned anyway. He remains optimistic about Chinese-style meat products and will consider offers from suitable firms.