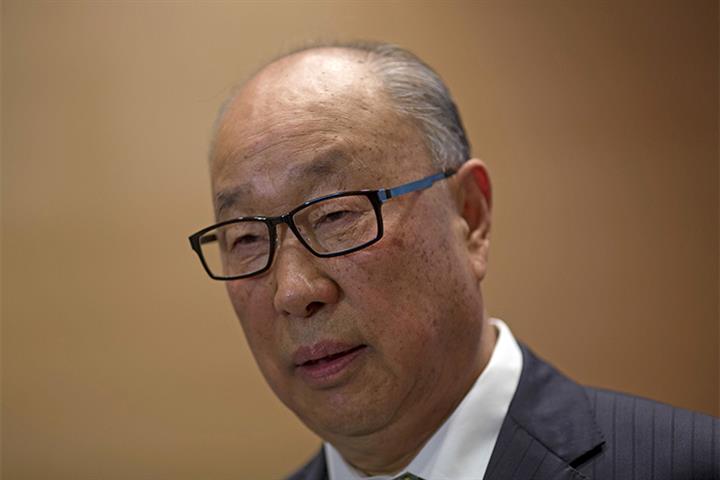 (Yicai Global) July 16 -- During a quarrel last month over the appointment of an executive at WH Group, the world’s biggest pork producer, Wan Hongjian, the eldest son of Chairman Wan Long, was pinned to the office floor by his father’s bodyguards.

Wan Hongjian, 52, recently recounted the incident on his social media account along with photos of his face covered in blood that day.

His father, 81, rebuked him on June 3 for expressing a different opinion about who should fill a particular senior management role in the Hong Kong-based company. Wan Hongjian became agitated, punched a door and banged his head against a cabinet. It was then that the bodyguards stepped in to restrain him. Wan Long ordered photos to be taken as evidence.

Subsequently on June 17, Wan Hongjian was relieved as executive director, vice chairman and vice president of the firm due to what WH Group said was his “aggressive behavior toward the firm’s property.” He had been appointed vice chairman in August 2018.

It is really astonishing that the company revealed to the public the conflict between the two, showing Wan Long is bossy even with his own son, a former manager at WH Group told Yicai Global.

Beijing News has reported that Wan Hongjian told it that the management position he and his father had clashed over was that of the chief executive officer.

In 1984, Wan Long became the head of a meat processing plant in Luohe, Henan province, which grew into Shuanghui Group, now know as WH Group. His personal wealth amounts to CNY12 billion (USD1.9 billion), according to Forbes.

Succession issues began to arise 10 years ago, when Wan Long decided to select his “successor and management team through a competition-based mechanism according to assessment standards,” he told Yicai Global in 2015. He was supposed to retire when the succession team was ready to take over in 2017. His second son, Wang Hongwei, is assistant chairman.