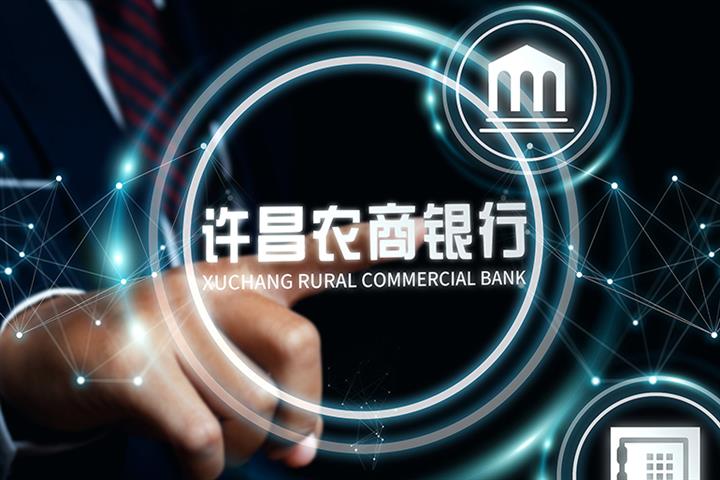 (Yicai Global) June 21 -- After Xuchang Investment Group said it does not actually control the rural lenders involved in a recent banking scandal, Yicai Global discovered that Xuchang Rural Commercial Bank, which is controlled by Xuchang Investment, has many invisible shareholders.

Since April, depositors have been unable to withdraw their money from the five banks, where they had expected to receive an annual yield of as much as 9 percent. A preliminary investigation accused Henan New Wealth Group of absorbing public funds by internal and external collusion and exploiting third-party platforms and money brokers.

There was no equity investment, capital transaction, or business cooperation between Xuchang Investment and Henan New Wealth, which had its business license revoked in February, the Xuchang-based investment group noted in the filing.

Was claiming to have no control over the five lenders enough for Xuchang Rural Commercial Bank to stay out of the storm? What kind of bank is it? And what kind of relationship did it have with Henan New Wealth?

Incorporated in December 2009 with a registered capital of CNY1 billion (USD150 million), Xuchang Rural Commercial Bank is legally represented by Xin Jinjun. It is the largest shareholder of the five rural lenders, according to information on business registration platform Tianyancha. But Xuchang Investment claims the rural commercial bank did not actually control the operation and management of the banks involved in the scandal.

The five lenders attended a 2021 annual work meeting of Xuchang Rural Commercial Bank, during which its president commented on the overall operations and development of the five, according to an article published on the website of the Rural Credit Banks Funds Clearing Center.

Though Xuchang Investment was not listed among the 73 investors, bond issuance documents it released last year showed that in 2020 its affiliate appointed six of the directors at Xuchang Rural Commercial Bank, more than half of the total board seats, enabling it to control the bank's related activities.

Public data showed that 13 shareholders pledged 765 million shares of Xuchang Rural Commercial Bank to financial institutions. Among them, only Xuchang Deyitian Agricultural Material is publicly listed among the shareholders. The others, which did not appear, hold as many as 759 million shares.

Moreover, police in Henan froze CNY127 million (USD19 million) worth of Xuchang Rural Commercial Bank’s shares owned by six firms including Henan Haijia Electric Appliances and Kaifeng Hengya Building Materials. None of them appeared in the list of 73 shareholders.

Police launched an investigation into Henan New Wealth, a shareholder in four rural banks in Henan, after the company was suspected of having broken the law, the China Banking and Insurance Regulatory Commission previously said. The case not only involves transaction issues between clients and the rural banks, but also other entities and complex trading structures, a CBIRC official noted on May 20.

Xuchang Investment stressed in its May 25 filing that there was no equity investment, capital transaction, or business cooperation with Henan New Wealth.

According to Tianyancha, Henan New Wealth was set up in July 2011 with a registered capital of CNY116 million. Its legal representative is Yu Zefeng, who has an 80 percent stake in the firm.

Though Henan New Wealth was not among the list of shareholders published by Xuchang Rural Commercial Bank, publicly available information showed that they are inextricably linked.

Kaifeng Hengya Building Materials, one of the hidden shareholders of Xuchang Rural Commercial Bank, had the same company contact phone number in the 2020 annual report as that of Haohong Machinery Equipment, a company owned by Henan New Wealth’s Yu Zefeng.

The shareholding agreement in the court judgment confirms the complex shareholding relationships between the stakeholders behind Xuchang Rural Commercial Bank and Henan New Wealth.