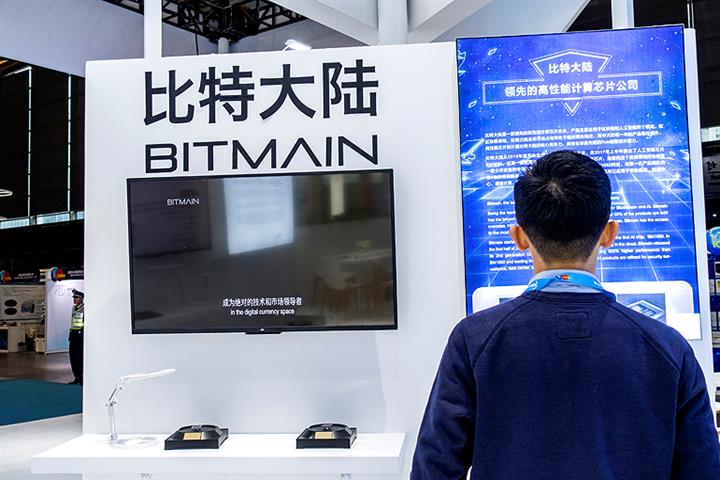 (Yicai Global) May 28 -- Micree Zhan, the top shareholder and 'legal representative' of Chinese cryptomining gear giant Bitmain Technologies, has announced the ouster of its executive Liu Luyao, who took part in a snatch and grab of the firm’s license and seals in the latest chapter in a strange saga that began with Zhan's own ouster.

Whether Zhan, who co-founded the firm with Millennial billionaire Wu Jihan, has the authority to do so is still up in the air as the Beijing-based firm said to own 80 per cent of the world’s cryptocurrency mining gear market finds itself embroiled in an ugly and extremely messy tug of war over control.

Zhan is the firm’s largest shareholder with a 36 percent stake, while his co-founder Wu Jihan holds a 20.25 percent share.

Zhan, purporting to act in the name of the firm, unilaterally terminated Liu’s labor contract and its relationship with him, The Paper reported yesterday, citing a notice by Zhan. Liu planned, organized and participated in wresting the firm’s business license from government staffers when Zhan -- the firm’s legal representative, as he claims -- was fetching it from the office of a market regulator in Beijing’s western Haidian district, which is China’s Silicon Valley.

The dismissal took effect on May 25, per a termination notice Zhan posted online yesterday.

The notice has Zhan’s signature but lacks the firm’s seal, meaning it has no effect under Chinese law. Zhan also demanded Liu return all the firm’s stamps in it, as he is powerless to act on behalf of the firm without these chops, per Chinese law. The report, which provided no source for the notice, merely showed images of the statement.

The firm’s shareholders have booted Zhan from his posts as executive director and legal representative, so Zhan may not act on behalf of the company, its official seal is legal and valid, and its stakeholders have authorized the company to probe Zhan for liability, the firm and its shareholder Bitmain Technologies Hong Kong said in separate announcements yesterday.

The firm’s legal representative changed from Wu to Liu on Jan. 2, and Liu concurrently served as the firm’s manager, while Wu stayed on as executive director.

Liu and a crowd of about 60 others then grabbed the firm’s business license in a tussle when Zhan went to retrieve it on May 8.

Zhan has relinquished all positions at the firm, and the market regulator made a registration mistake to record him as the legal representative and thereby violated China’ Company Law, the firm said through its de facto alter ego on May 8, adding Liu is the firm’s legitimate legal representative.

ASICs are also useful for the heavy lifting demanded in some AI applications, such as machine learning.