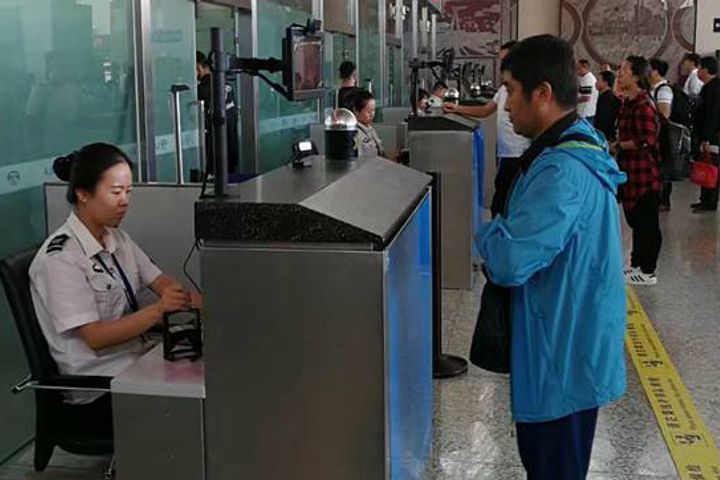 Facial recognition technology can effectively close the loopholes in manual examination so that passengers planning to use fakes or another's ID card will not take the chance, said Xiong.

Changchun Airport face scan systems use highly efficient facial recognition algorithms to take a real-time face picture of the ID holder and compare the picture with the picture registered for the ID, and then decide if the person is the same. Airport security inspectors make the final decision as to clearance with the support of the face scan's result.

Changchun Airport has officially initiated this facial recognition security check technology that has not only effectively improved recognition accuracy, but also sped up passenger clearance.