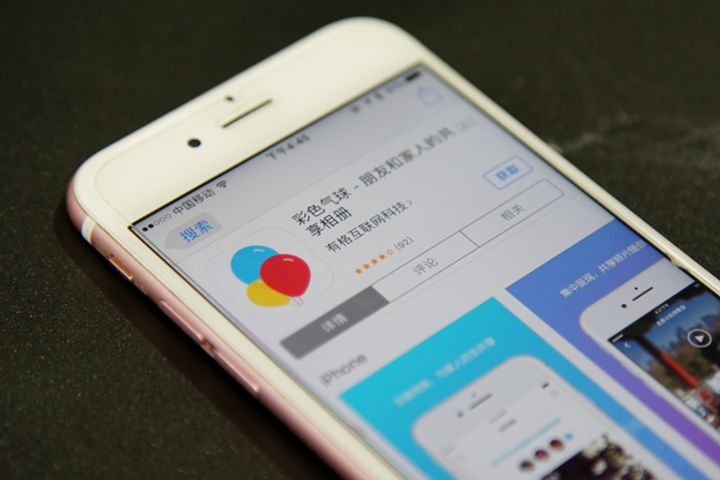 Colorful Balloons debuted in China this May, and updated versions came out in June and July. Its interface and functionality are similar to that of Facebook's photo-sharing app Moments. The app can help users collate photos and videos from a mobile phone's albums based on time, location and people featured; create albums; and share them with contacts in their address books and their WeChat friends. It has been downloaded more than 92,000 times and 30,000 times on the Apple Inc. [NASDAQ:AAPL] and Huawei Technologies Co. App Stores, respectively.

Though the app does not carry the Facebook name, Zhang Jingmei, executive director and manager of Youge Internet Technology Co., which developed the app, is head of business development for Facebook's China operations.

Youge Internet Technology was registered in Beijing on March 17, 2017 with USD150,000 (CNY1 million) in capital. Its listed address is a nondescript building in Beijing's Chaoyang district.

Zhang joined Facebook as head of business development in February, per her LinkedIn resume. She served as a private equity manager for two and a half years at Hony Capital after working as PPTV's vice president for a year. She worked as a global operations director at Lenovo Group Ltd. for more than 14 years before joining PPTV. Phone calls to Zhang went unanswered.

Facebook's approach to Colorful Balloons was secretive. Facebook never promoted it. A QR code prompting users to download the app by scanning it will appear after they share photos on WeChat Moments, but the link does not work and people have to search for Colorful Balloons in an app store to download it.

"We have long been interested in China and are spending time understanding the local market and users in different ways," a Facebook representative said.

The app will help Facebook learn about Chinese netizens' habits as well as how they share information over the internet, how they communicate and interact with friends, and how they use social networking platforms they like.

"Facebook has been working hard to build a relationship with the Chinese government," the founder and chief executive of one of Facebook's global strategic partners told Yicai Global. "The new approach could be helpful."