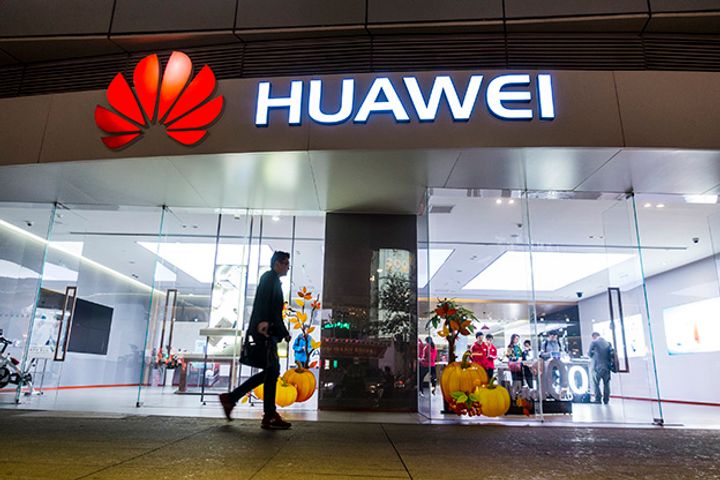 (Yicai Global) Jan. 11 -- Politicized approaches to business practices will not only turn mutual benefits into a lose-lose, or even triple-lose, cases, undermining interests of the businesses in both countries and the US consumers, but will also mar the US's own image, reputation and attractiveness as an investment and business destination, said China's state Xinhua News Agency in a commentary.

Xinhua was referring to a failed deal between Huawei and the AT&T for the US carrier to distribute Huawei's smartphones in the world's largest economy in a further blow to Chinese firm's global expansion plans.

From a technical point of view, no matter what smartphone brand, manufacturing processes do not have much difference and spare parts are globally sourced. Whether the brand is Huawei or Samsung, cell phones are made from a global supply chain and they are the products of globalization, Xinhua emphasized.

In response to AT&T dropping the plan, Xinhua commented yesterday that the decision is a reflection of trade protectionism in the name of national security. The US Senate and House intelligence committees sent a letter to the Federal Communications Commission last month, calling for an investigation into AT&T's cooperation with Huawei on the grounds of national security, reported several US business media organizations on Jan. 9.

What Huawei faced in the US is not surprising. In the past year, the US protection trend has expanded from restricting the entry of foreign goods into the US market to preventing foreign enterprises, especially Chinese ones, making mergers and acquisitions in its market, Xinhua noted.

The drop of the deal by the US carrier may be due to political pressure, it said, adding the failed cooperation deal between the Chinese and the US businesses is a manifestation of intensified protectionism and deteriorated business environment in the US.

However, Huawei Mate 10 Pro, the group's flagship product, will formally enter the US market through other open sales channels, said Richard Yu, CEO of Huawei Consumer Business Group in a keynote speech at the International Consumer Electronics Show, better known as CES, on Jan. 9.

As the world's third-largest mobile phone maker, Huawei's products not entering the US carriers' sale channels would be a huge loss to businesses of both countries, Yu said. "As more than 90 percent of smartphones are sold through carrier channels in the US market, consumers will lose the opportunity to diversify their choices," he added.