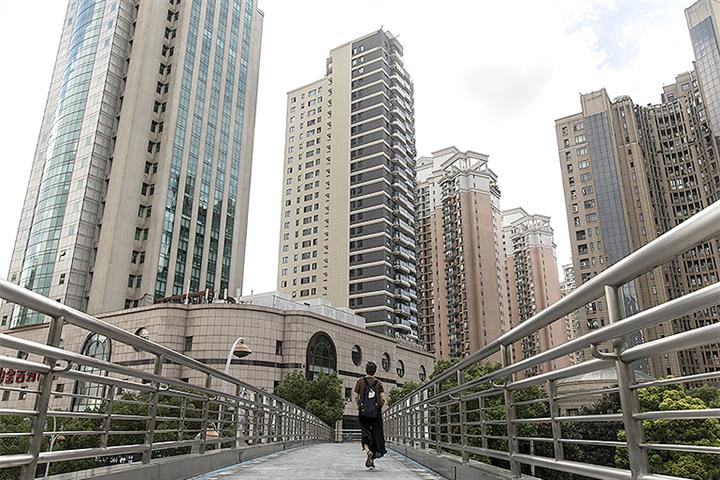 (Yicai Global) Oct. 13 -- The recent default by Chinese property developer Fantasia Holdings Group of a USD206 million US dollar bond has led to apprehension among international investors that this might lead to a wave of offshore bond defaults by the country’s real estate giants as credit tightens.

Fantasia failed to make payment of an offshore bond that matured on Oct. 4, saying its liquidity has been strained due to sporadic coronavirus outbreaks, industry policies and the macroeconomic environment. It led to the US dollar bonds of Chinese property developers plummeting, with many recording their biggest declines in eight years on Oct. 5.

S&P’s downgrading may have triggered the repayment of Fantasia’s off-balance sheet liabilities, which could be quite large, an analyst said. With not enough money on hand, the Shenzhen-based developer chose to default on debts of more disadvantaged offshore USD bond investors.

Shortly afterwards, Sinic Holdings Group said that it did not have enough funds to repay a USD250 million debt due later this month. China Fortune Land Development, Sichuan Blu-ray Development and Sunshine 100 also announced defaults on offshore bonds in February, July and August respectively. Selloffs have increased, and it is becoming more and more difficult for real estate companies to borrow money to repay their debts.

Offshore bonds are one of the main financing channels for Chinese developers. The country’s real estate firms’ USD bonds totaled USD209.7 billion as of August, according to China International Capital Corporation. There is approximately USD59.2 billion, USD61.5 billion and USD51.0 billion due in 2021, 2022 and 2023 respectively, according to Duration Finance. China Evergrande Group is the most indebted with nearly USD12 billion to be redeemed in 2022 and 2023.

Chinese offshore USD bonds are mostly bought by Chinese investors. The proportion of Asian investors in these bonds rose to 80 percent in 2019 from 55 percent 2010. Most are Chinese financial institutions, including banks, non-performing asset management companies, funds, and brokerages, according to Bond Rader.