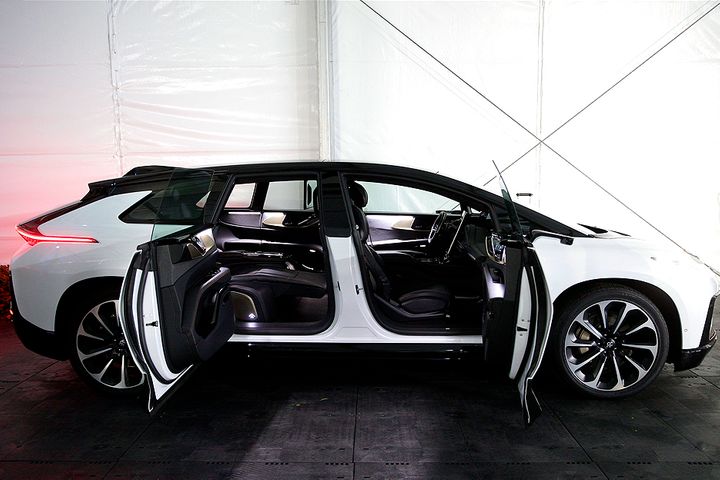 It is the first time that photos of the sport utility vehicle's interior design have been made publicly available since Faraday Future was set up in 2014 and the FF91 was unveiled in 2017.

The FF91 may sell for more than CNY1 million (USD142,000) each and will be delivered by next September, tech media 36Kr reported.

The pictures show that the firm mainly uses large displays to convey a sense of the FF91's technology. From the top of the dashboard to the area over the co-driver's seat, the central console is packed with screens that provide an integrated display of the vehicle's functions. Faraday Future calls it the Third Internet Living Space.

Equipped with a 1,050-brake horse power engine that can boost the vehicle's speed to 100 kilometers per hour from zero in 2.39 seconds, the FF91 can run for up to 378 miles (608 km). Car owners can charge the battery to 100 percent from 50 percent in 4.5 hours from a household alternating current.