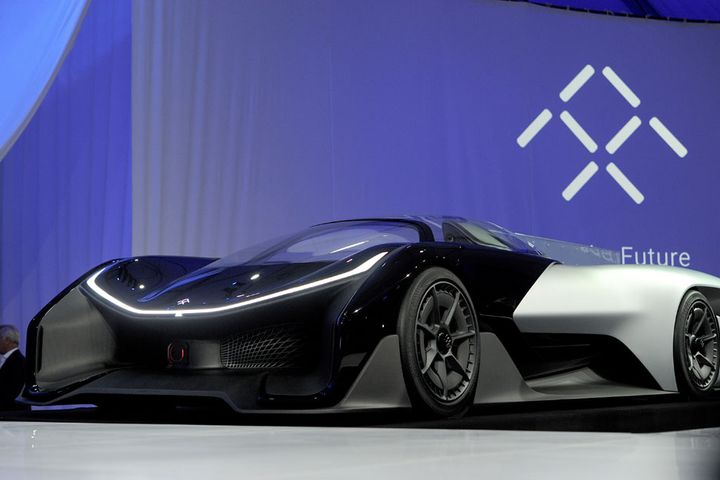 (Yicai Global) April 30 -- Struggling electric vehicle maker Faraday Future, which has still to put a vehicle on the road, has secured USD225 million in bridge financing to keep developing its first production model, the FF91.

The fresh money will allow the firm to start preparing a capital raising that is expected to finish by the third quarter, for which it has hired Stifel Nicolaus as advisor. Including its intellectual property, Faraday is worth about USD1.25 billion, according to independent valuer Houlihan Lokey.

Faraday Future has been eyeing new funding channels since it fell out last year with white knight real estate developer Evergrande Group. Before that, the carmaker's founder Jia Yueting was credit blacklisted in China because he defied an order to return from the US to pay his debts.

Jia has become active on social media lately, posting a video of himself voice-commanding the FF91 to "take me to the futurist testing lab." Faraday's first FF91 pre-production vehicle was delivered last August, but mass-production has yet to start.

The firm penned a joint venture deal with The9 last month, in which the two agreed that the Shanghai-based game operator will make three cash injections worth up to USD600 million into a 50-50 joint venture. In return, Faraday will make available its China assembly base, as well as allow the JV to exclusively make, promote and sell Faraday's V9 and other follow-up models in the country.