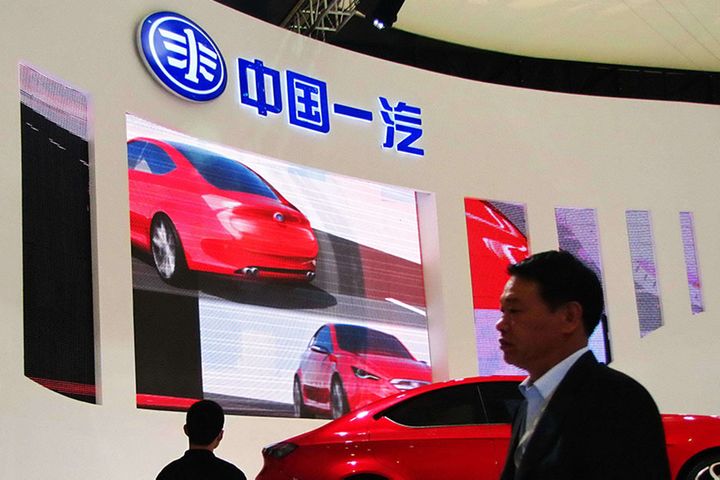 (Yicai Global) Nov. 29 -- China's FAW Car has abandoned a plan to raise CNY3.5 billion (USD497.8 million) in a private placement of shares as part of a fund-raising drive to acquire sister company FAW Jiefang Automotive. It will now pay cash.

By dropping the third-party allocation plan the carmaker may be able to close the deal sooner as fewer procedures are involved, The Paper reported, citing a professional broker. The Changchun-based firm, which made the announcement yesterday, has adequate cash reserves.

Both parties are units of Chinese auto giant FAW Group. The move would strengthen the balance sheet of the struggling passenger carmaker which saw an 88 percent slump in first-half net profit.

Truck maker FAW Jiefang continues to perform strongly -- net profit was CNY1.03 billion (USD146.5 million) in the first quarter and is expected to reach CNY3.6 billion by year end -- and it had a 24.3 percent market share in the first half.

To raise the CNY27 billion (USD3.8 billion) needed to acquire FAW Jiefang, FAW Car unveiled the asset swap proposal in August. It planned to raise CNY20 billion through share issues, including CNY3.5 billion via private placements. It would also transfer CNY5 billion worth of assets and debt to its Besturn brand to pay FAW Jiefang in kind and offer the remaining CNY2 billion in cash.

FAW Group's stake in FAW Car will increase to 83.41 percent from 53.03 percent after the deal.