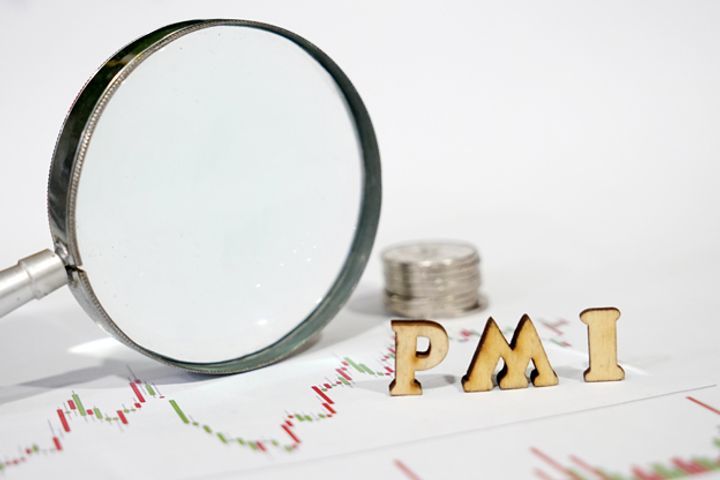 February's PMIs Crash: What Does It Mean for China's GDP?

(Yicai Global) March 4 -- On February 29, China's National Bureau of Statistics (NBS) released its purchasing managers' indices (PMIs) for February. The numbers were dismal and pointed to a sharp drop in economic activity.

The headline manufacturing PMI came in at 35.7, down from 50.0 in January and well below market expectations of 46. In fact, February's reading was even worse than the 38.8 recorded in the depth of the global financial crisis (November 2008). The decline of the non-manufacturing index was even sharper. It fell from 54.1 in January to 29.6. During the crisis, this index never fell below 50.

The PMIs are summary indices built from the NBS's monthly surveys of 3000 manufacturing and 4000 non-manufacturing firms. These are not surveys of opinion or sentiment. Rather, the questions asked pertain to objective data such as changes in production, employment, orders, prices and inventories. The indices are designed such that a reading above 50 indicates an improvement in economic conditions, while a reading below 50 indicates a deterioration. The farther the index reading from 50, in either direction, gives a sense of the breadth of the improvement or deterioration.

The NBS's sampling methodology is designed to reflect the distribution of value added in the economy and there is a good correlation between the PMIs and the quarterly rate of GDP growth. In the graph below, we present quarterly GDP growth and our composite PMI measure. To construct this composite, we first compute quarterly readings for both PMIs. This is just a simple average of the three monthly observations. Then we take a weighted average of the two quarterly series, with the weights on manufacturing and non-manufacturing equal to 0.36 and 0.64 respectively, which are these sectors'average shares in GDP between 2011 and 2019. The graph below shows that, as the NBS suggests, the PMIs can pick up the trend in GDP growth and should be useful for forecasting.

To forecast what the PMIs are saying about GDP growth, we construct a simple model in which quarterly GDP growth is a function of the current quarter's composite PMI reading, embodied in an error-correction framework. The graph below shows that our model is able to pick up the broad movements in GDP growth. Since early 2011, quarterly GDP growth averaged 1.73 percent and our model's average absolute error was only 0.13 percent.

To forecast this quarter's GDP growth, we have to make an assumption on what the composite PMI will do in March. There is clearly a lot of uncertainty about how the economy will perform in the short term, so we consider three illustrative scenarios. The pessimistic scenario is that the PMI in March remains at its February level. The optimistic scenario is that it rebounds to what we saw in January. The prudent scenario is that the March composite PMI rebounds to halfway between its January and February readings. These three scenarios are presented in the graph below.

Now let's look at what the slowdown in the first quarter means for all of 2020. Here, we focus on the prudent scenario. In his interpretation of the February PMI data, NBS Senior Statistician, Zhao Qinghe, noted that 79 percent of the large- and medium-sized enterprises were back at work by February 25. Moreover, he said that the NBS's surveys suggest 91 percent of these firms will be working by the end of March. This means that a full rebound in March is unlikely but that there should be some improvement from February's trough.

To get a sense of what the first quarter's slowdown might mean for the year as a whole, we need a "control scenario". This would be a recent forecast,but one made before the effects of the virus were noted by the forecasters. For our control scenario, we use the IMF's January 2020 Update to its World Economic Outlook. In January, the IMF projected China's growth at 6 percent for 2020, which implies growth of 1.45 percent per quarter.

We can now make a prediction for 2020 based on a fall of 0.2 percent in Q1 and then growth of 2 percent in each of the next three quarters. This would bring GDP back to the control level by the fourth quarter. This prediction is consistent with the view that the virus represents a severe, but ultimately temporary shock to the economy. Should this prediction come to pass, growth for 2020 as a whole would come in at just over 5 percent.

The foregoing exercise only illustrates the potential impact of February's dismal PMI numbers on GDP growth. It does not consider other important factors, like the growing impact of the virus outside of China and the spillback to the Chinese economy. These are highly uncertain times and the best economists can do is tune up their models and keep abreast of a wide variety of data sources and anecdotal information.