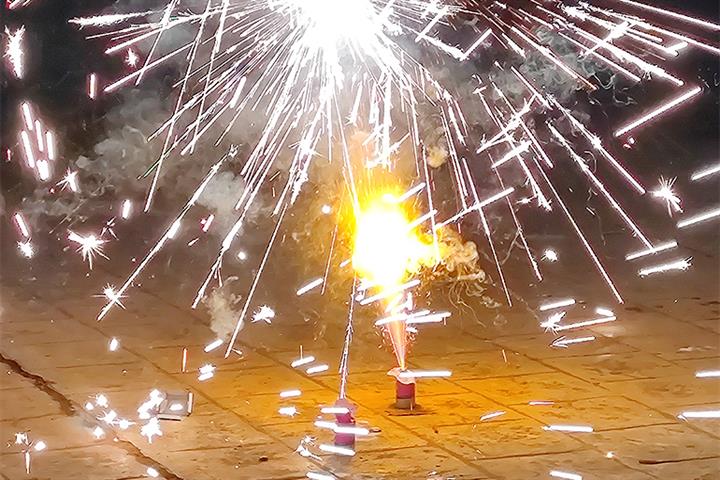 (Yicai Global) Jan. 18 -- Sellers of fireworks in China are scrambling to buy inventory as several regional governments have removed their bans on using such explosives during the upcoming Chinese New Year.

Prices of fireworks have increased by 80 percent or even doubled, a dealer said to Yicai Global. Some sellers have stopped caring about the price. "As long as the other party [the manufacturer] says that it can accept orders, we will pay directly."

Zhengzhou, a city of more than five million residents in central China, said yesterday that from Jan. 21 to Feb. 5, people can use fireworks, ending a seven-year ban. Soon, social media platforms filled with comments about buying such devices.

The head of a fireworks company in Zhengzhou said that he has no stock this year because the regulatory notice was issued only four days before the CNY holiday begins.

Several cities with a population of more than 10 million, including Hangzhou, Kunming, Zhengzhou, and Changsha, have begun to allow fireworks under certain conditions, boosting demand, Yicai Global learned.

However, the change of direction is sudden as before this, manufacturers were reducing supply in recent years amid a slump in domestic demand. More than 90 percent of urban downtown areas of large and medium-sized cities and over 1,000 counties and towns used to prohibit the use of fireworks.

For example, more than half of manufacturers in Hunan province's Liuyang, known as "China's hometown of fireworks," have withdrawn in recent years, said Liu Donghui, who used to work at the Liuyang Fireworks Industry Development Center.

Whether the 2024 fireworks market will be as good as this year will still depend on follow-up policies, Liu added.