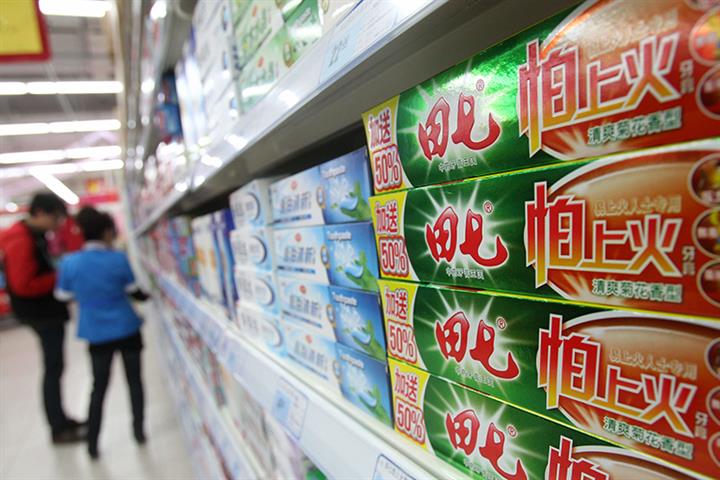 (Yicai Global) July 16 -- Popular Chinese toothpaste brand Tianqi should be back on China’s shelves soon after the Guangxi province government and a local traditional Chinese medicine firm have stepped in to bail out its bankrupt parent company.

The restructuring will center around a new entity, Tianqi Cosmetics, set up by parent firm Guangxi Aoqili last year in an attempt to get the brand back on its feet and to improve Aoqili’s liquidity.

Holding company Wuzhou Zhongheng Group, which has a focus on traditional Chinese medicines, will take a no less than 55 percent stake in Tianqi Cosmetics, while Fangchenggang Jinkong Asset Operation and Management, under Guangxi province’s State-Owned Assets Supervision and Administration Commission, will take at most a 45 percent stake, Zhongheng Group said yesterday, without revealing the amounts involved.

Both firms will jointly manage Aoqili's core assets and businesses once the restructuring is complete, the statement added.

Once one of China’s favorite household brands, the 60-year-old toothpaste is made of Chinese herbs found in the southern province. By 2004 it had sales amounting to CNY1 billion (USD143.1 million). However, overaggressive expansion by Aoqili, which makes a number of household products, saw the firm quickly run into difficulties and Tianqi was put out of production in 2014.

In June last year Aoqili put the entire toothpaste business, including its trademark, up for sale on Alibaba Group Holding’s e-commerce platform Taobao for CNY163 million (USD23.3 million). It attracted over 13,000 participants but failed to secure a buyer. With the toothpaste no longer being made and facing a number of lawsuits for breach of contract, Aoqili filed for bankruptcy the following month.

Zhongheng Group produces various types of drugs for cerebrovascular, cardiovascular as well as gynecological illnesses. It is most known for its ancient medicinal dessert Guilinggao, also called tortoise jelly, which is believed to give the customer a rosy complexion.