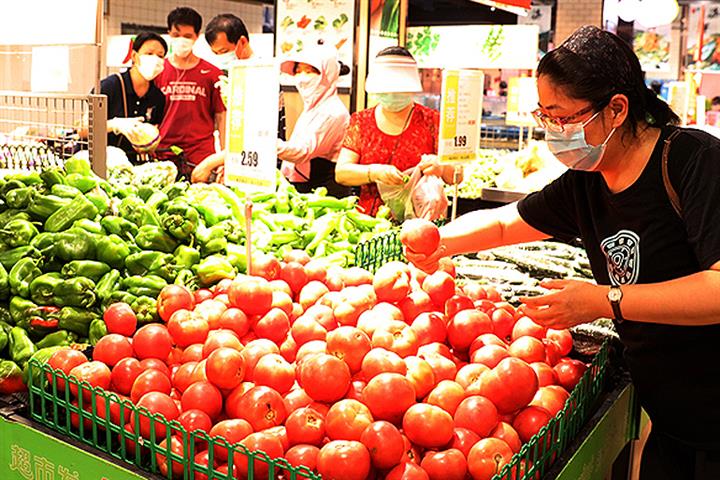 The consumer price index, the main gauge of inflation, rose 2.4 percent in August from a year ago, according to data the National Bureau of Statistics published today.That was slower than July’s 2.7 percent increase.

The headline figure was the same as that predicted by 25chief economists at major Chinese financial institutions polled by Yicai Global. Their expectations were partly guided bya higher base figure for pork prices a year earlierwhen the cost of the meat rose sharply due to deadly African swine fever.

Food prices, which account for almost one-third of the weighting in China’s CPI, jumped 11.2 percent in the month from a year ago, slowing from a 13.2 percent gain the previous month.The cost of pork climbed 52.6 percent, down from an 85.7 percent increase in July.

For the eight months ended August 31, the CPI was up 3.5 percent from a year ago.