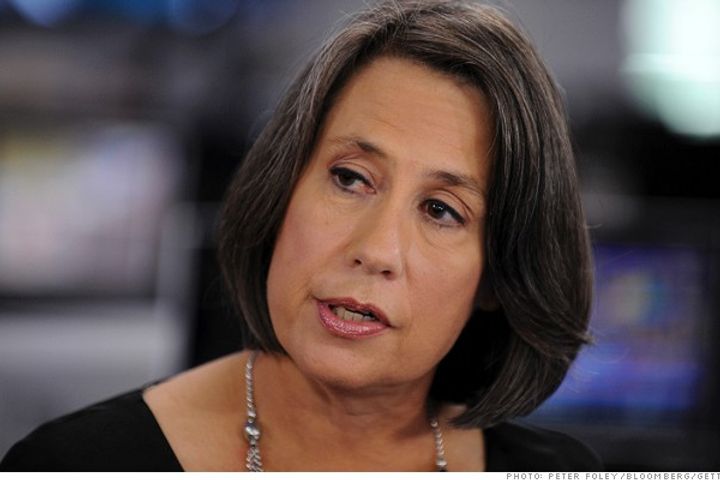 (Yicai Global) Nov. 20 -- The US economy has been growing for nearly eight straight years, one of the longest expansions on record, however the increasing debt level may raise potential risk, says Sheila Bair, former chair of the US Federal Deposit Insurance Corporation.

"Lending growth is actually outpacing GDP growth right now. When the financial system gets ahead of the real economy, then you start to have this kind of disconnection," she said during an exclusive interview with Yicai Global at the sideline of Chinese Finance Association's recent annual conference in New York City. The conference focused on the latest developments in the global economy and how they might affect the Sino-US relationship moving forward.

She specified that any upcoming economic downturn would not be a repeat of 2008. "Residential mortgages are less of a concern right now," she continued, "the impact will be more with financial assets, which are inflated because of our monetary policy."

That monetary policy has produced a long, slow economic recovery in the United States after the 2008 crisis. As China has begun relaxing its own growth expectations in exchange for more economic stability, Bair does not think slower economic growth will necessarily mean the same for the US. "I think that's why you need to look at the debt level compared to pre-crisis levels. Except for mortgage debt, we are now up there."

On whether the lending spurring this debt is driving as much economic growth as possible, Bair said there were still underserved communities, such as small businesses and households with near-prime credit. Solutions to these inefficiencies do not seem to be prominent in President Trump's proposed tax reform plan, which puts more focus on cutting corporate tax rates. As to whether this would boost the economy, Bair was skeptical. "It depends how the money is spent. If the money is spent on higher wages and lower domestic costs for businesses and services, then I think it will help the economy. If all the money goes to shareholder payouts, buy backs and dividends, etc., then I think it will not help that much."

If corporations did direct the money saved from lower taxes back to investors, instead of employee wages, Bair warned that could be a red flag. "Once household debt falls behind wage growth, that's when you get financial fragility. It suggests the economy is fine now, but its direction is not good." This line of thought also applied when considering how much repatriated capital from overseas would help the economy. "Is it going to shareholders, or are they going to build more plants and create more jobs?" Bair asked. She also emphasized that investors are already doing well, and "tend to be the top tier of our economy. We have a consumer-driven economy, and they don't consume as much as the middle class."

When addressing the growing sentiment for deregulation of the banking sector, Bair was cautious. "I am worried about it. There is a lot of talk about simplifying the rules, but when you look at what they are actually saying, they are talking about significantly weakening the rules, and I hope they don't do that." As to whether deregulation will actually have enough support to be passed by the US Congress, she was more hopeful. "Some regulators and policy makers in this administration are still thinking about this. That's why I want to speak out about this, to make sure they really think through the consequences of deregulation."