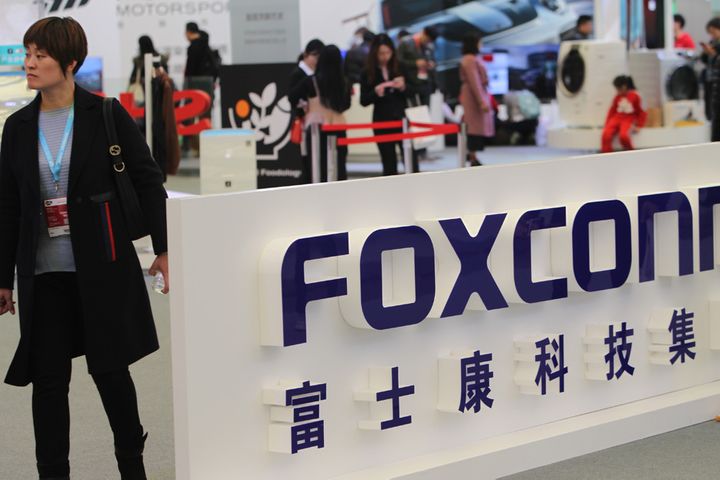 The Shenzhen-headquartered firm announced this in the first annual financial report it has issued since its June listing on the Shanghai Stock Exchange.

Terry Gou, its founder and that of its Taipei-based parent Hon Hai Precision Industry -- trading as Foxconn Technology Group -- became the richest person in Taiwan thanks to the rise in its operating revenues and profit driven by the growth of its communication network and cloud service equipment.

Foxconn Industrial Internet mainly concentrates on a few customers and suppliers. Its sales volume to its top five customers was CNY310 billion last year, 75 percent of its yearly total. Its procurements from its top five suppliers were CNY122 billion, or 47.5 percent of the annual amount. This customer concentration is one risk it confronts.

The firm invested CNY9 billion in research and development last year, up 13.5 percent and much higher than the, e.g. CNY5.8 billion that Chinese smartphone maker Xiaomi spent. Known as the world's largest foundry, or company that only produces microprocessors under contract, the firm is a pillar of the Industrial Internet, which is the integration of Big Data, analytics tools and wireless networks with industrial equipment. It is investing in R&D to rid itself of this original equipment manufacturer image.

The company has made many breakthroughs in fifth-generation mobile network and smart technologies which are key to driving Industrial Internet, including 5G communication gateways, edge computing servers, high-performance computing and intelligent data centers, sensors and smart controllers, the firm said.

Foxconn Industrial Internet went public on the SSE on June 8 and raised CNY26.7 billion, which it used for Foxconn Technology's internet-based transition. Group Board Director Gou expressed optimism toward the Industrial Internet before the listing, saying "I have donated 90 percent of my personal assets, so I am not working for money, but still put in 16 hours a day."