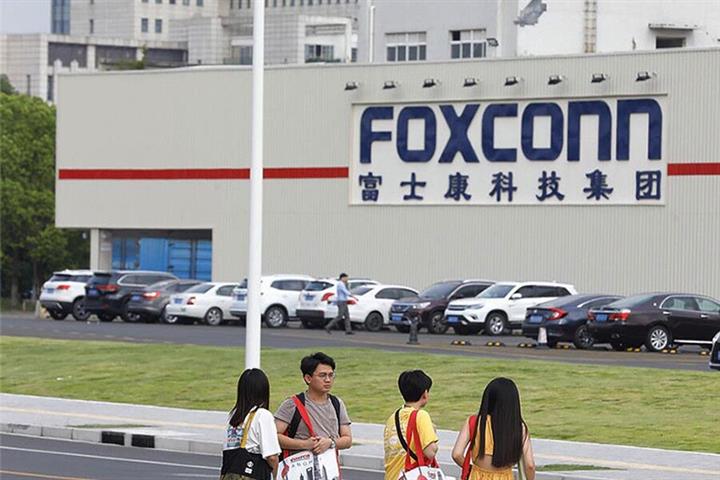 (Yicai Global) May 6 -- Hon Hai Precision Industry, a major maker of iPhones, has dismissed hearsay that it is laying off large numbers of staff and forcing others to take four months’ unpaid leave because of a drop in sales of Apple’s smartphones amid the coronavirus pandemic, The Beijing News reported today.

Better known as Foxconn, the company’s plants in the Chinese mainland are operating normally, the report said, citing the Taipei-based firm. Some departments had plans for an extended eight-day break over the Labor Day holidays, it added.

Rumors circulating on social media said Foxconn, the world’s largest contract electronics manufacturer, started to dismiss workers last months. Its Zhengzhou plant in central Henan province is said to have stopped recruiting in April and it has cut the amount of overtime available and employees’ salaries. Those who agree to take unpaid leave will be given CNY6,750 (USD951) on May 12 and CNY500 on Sept. 1 when they return to work, the online reports said.

Foxconn’s April earnings were the highest ever for that month, and the most so far this year, up 0.3 percent to TWD380.9 billion (USD12.7 billion) from a year earlier, the company said yesterday. Revenue fell 7.7 percent in March to USD11.51 billion, it said earlier.

The firm’s first quarter earnings were down 12 percent to USD31.22 billion, it added. Some orders were deferred to the this quarter and the company aims to maintain the same first-half performance as in previous years.