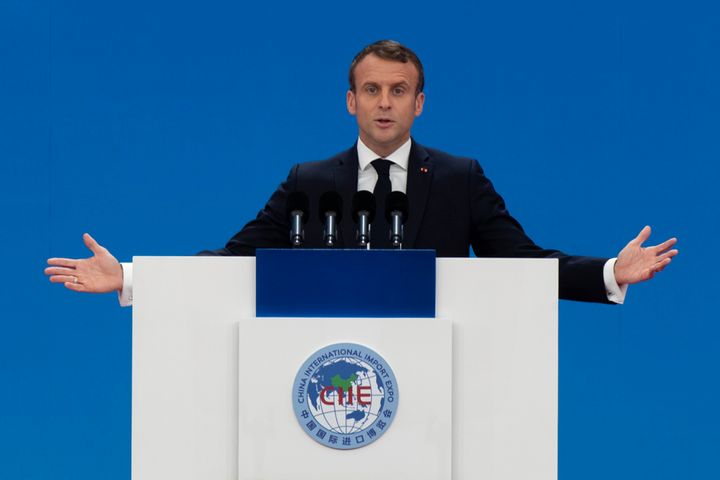 Macron attended the CIIE along with a French business and trade delegation consisting of 70 companies such as plane maker Airbus, insurer AXA and food producer Danone.

The French leader seeks to bring the broad strategic partnership between the two countries to a new level, taking steps in many fields of collaboration including business and trade, agriculture, finance, civil nuclear power and culture, he said at a press conference prior to his visit. China and France will ink 30 to 40 trade and business deals during Macron's visit, China's Minister of Foreign Affairs Wang Yi said previously.

About 80 French companies are taking part in this year's CIIE, Yicai Global has learned. They have 12,000 square meters of exhibition space and this time embrace more firms that make smart and high-end equipment.

Bi-lateral deals between China and France are expected to be signed at the CIIE in fields such as nuclear energy, aerospace, agriculture, consumer goods and artificial intelligence.

Talks between China National Nuclear Corporation and French atomic power generator Orano over the sale of a reprocessing plant to CNNC have gone on for 10 years. It is thought that Macron's visit may help to push the negotiations forward, Yicai Global has also learned.