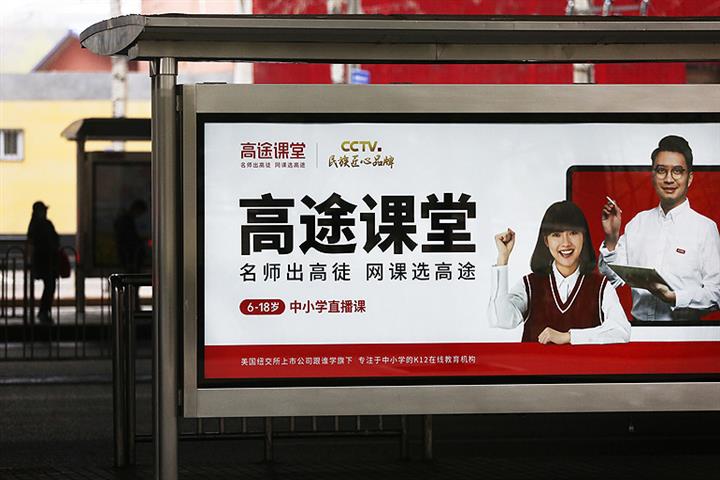 (Yicai Global) May 28 -- Gaotu Group, the Chinese education platform operator previously known as GSX Techedu, plans to lay off almost a third of its employees as China stiffens regulation of the sector.

Gaotu confirmed to Yicai Global that it will stop enrolling children aged 3 to 6, and will adjust its structure and headcount. The Beijing-based firm intends to begin laying off 30 percent of its staff starting this week, founder Chen Xiangdong said at a company meeting.

The company will end a series of marketing programs and shut its online livestreaming business at the same time. Chen said Gaotu made the decision because China’s revised law on the protection of minors will take effect in June. It prohibits kindergartens and off-campus training institutions from teaching primary school curriculum to preschool minors.

In addition to Gaotu, Tomorrow Advancing Life, ByteDance, and Yuanfudao, which is preparing for an initial public offering, all have courses for preschool minors, a source told Yicai Global.

Many other online educators are also adjusting their organizations and making redundancies. Sources revealed earlier that Zuoyebang has suspended preparations for an IPO. VipKid, which is also readying to go public, shut its live-streaming English and math courses for primary and middle schoolers, and plans to let go staff that teach English and mathematical thinking to kids.

ByteDance’s education department will also make changes after adjusting its structure, Yicai Global learned from an insider yesterday. At the time of going to press, the Beijing-based company had yet to comment on the matter.