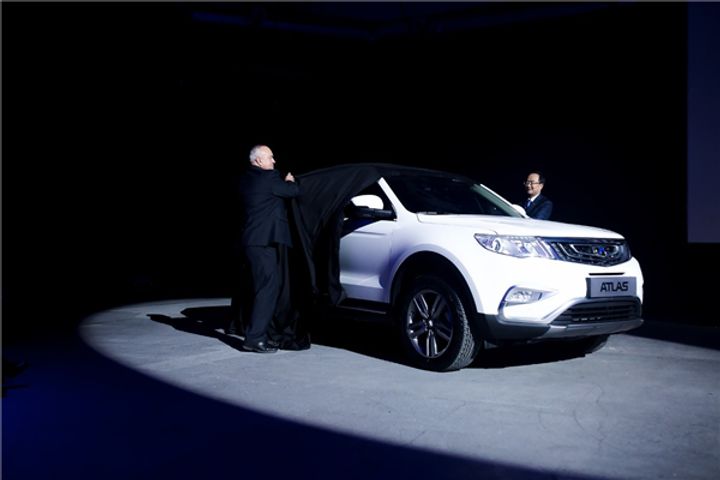 (Yicai Global) March 2 -- Russian dealerships for Geely Automobile Holdings Ltd. have started selling its new sports-utility vehicle, the Atlas, as it looks to develop cars specifically made for the Eurasian nation.

The Atlas, which is made in Belarus, debuted in Moscow this week and is available in standard, comfort and luxury trims, Russian state-owned news agency Sputnik reported. The model is China's only all-wheel-drive SUV in the Eurasian nation, and was designed specifically with Russian driving conditions in mind.

Crossovers and SUVs were the most-sold cars in Russia in January after becoming the most popular vehicle segment in 2017, according to local industry analyst Autostat. Some 41,600 were sold there in the first month of this year to command a 43.2-percent share of the market. SUVs are also rising to acclaim in China as its economy becomes ever-more consumer-led, helping Chinese automakers become more acquainted with larger vehicle production and sales.

Autostat reported in December that Geely would unveil three new cars in Russia this year: the Atlas, the Emgrand 7 and an updated Emgrand X7, and aim to sell 80,000 cars a year by 2020, making up half of overseas sales.