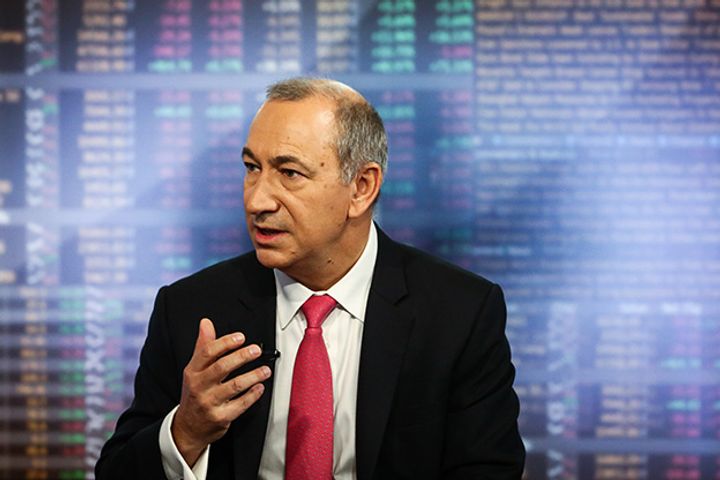 (Yicai Global) Sept. 28 -- The inclusion of Chinese mainland shares in the FTSE Global Equity Index Series could bring in passive capital inflows of as much as USD2.5 trillion over the next five to 10 years, according to the chief executive of FTSE Russell.

Some USD25 trillion in passive capital tracks the world's two biggest index compilers, the FTSE and the MSCI, Mark Makepeace told Shanghai Securities News yesterday after announcing China's inclusion in the GEIS. And he believes about 10 percent of that will filter its way into the mainland stock markets.

The introduction of mainland stocks, colloquially known as A-shares, will take place in three stages with a fifth of stocks to be added next June. The remaining shares will be added in September 2019 and March 2020 in equal amounts.

A-shares are expected to make up 5.5 percent of FTSE Emerging Index's total value after the first stage, with 1,200 small-, mid- and large-caps representing 0.6 percent of the FTSE Global All Cap Index and receiving net passive inflows of USD10 billion.

China could be set to get another boost next year as the MSCI mulls expanding the inclusion factor of A-shares in its own indexes to 20 percent from 5 percent following a review in 2019. More than 200 mainland shares joined the MSCI Emerging Markets Index at the end of May this year.