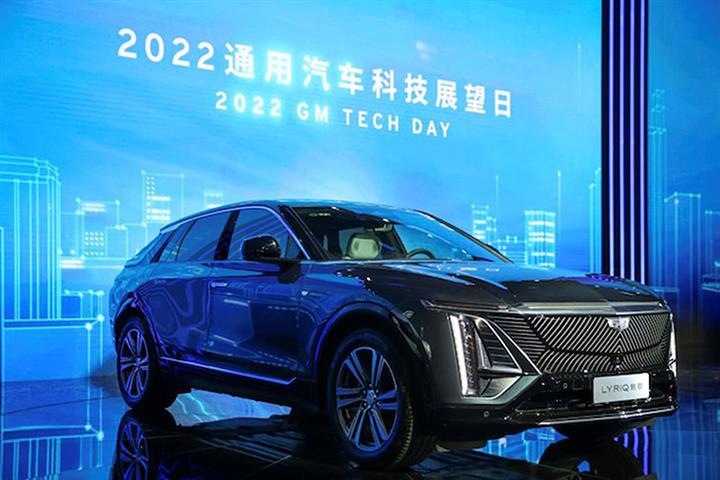 General Motor’s China JV to Up Spending on Electrification, Intelligentization by USD2.8 Billion

(Yicai Global) Nov. 24 -- General Motors’ China joint venture with SAIC Motor will invest an additional CNY20 billion (USD2.8 billion) by 2025 in the electrification and intelligentization of its car models in China, to better meet consumer demand as the US automotive titan makes expanding its footprint in the country’s burgeoning new energy vehicle market a priority.

The extra investment will be on top of the CNY50 billion announced last year, Wang Yongqing, president of SAIC-GM, said during Detroit-based GM’s 2022 Tech Day in Shanghai on Nov. 22.

SAIC-GM expects to be producing one million pure electric vehicles a year in China by 2025, Wang said. Its Ultium gigafactory in Wuhan, central Hubei province, will start operating before the end of the year, producing electric cars powered by GM’s Ultium battery and motor architecture.

The facility will roll out over 15 new EV models with the Ultium drivetrain by 2025 and introduce a brand new software platform next year so as to speed up electrification, intelligentization and connectivity, Wang said. Over 95 percent of parts and components for the plant will be sourced locally.

And next year, the Shanghai-based JV will bring out four new EV models including the Buick Electra pure-electric sport-utility vehicle and Hummer pure-electric SUV.

Foreign brands’ lack of intelligentization in their electric cars is one of the main reasons why they are unable to replicate the success they had in China with fossil fuel-powered cars, market insiders said.

Chinese consumers care more about smart functions, according to a research report compiled by US management consultancy firm McKinsey & Company. Over 80 percent of people polled said autonomous driving and intelligent connectivity are crucial to them.

Foreign carmakers are facing challenges penetrating China’s NEV market. JV vehicle brands only accounted for 4.6 percent of the NEV penetration rate last month while Chinese brands made up 52.9 percent, according to data from the China Passenger Car Association. Just over half of China’s car sales in the first 10 months were Chinese brands, at 52 percent, a jump of 11.4 percentage points year on year.