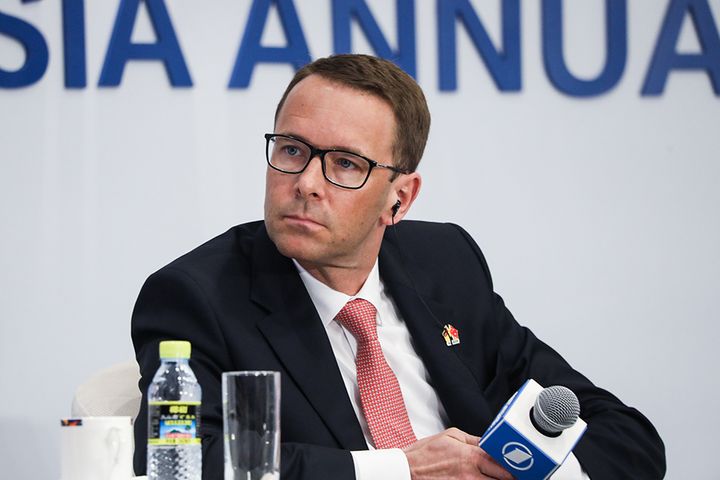 (Yicai Global) April 15 -- Wacker Chemie, the world's second-biggest producer of polysilicon, is diversifying its business in terms of the fields of new energy vehicles, semiconductors, and 3D printing in China to cope with a slowing demand caused by subsidy cuts in the solar power sector.

Wacker will build an NEV technology center in Shanghai this year to develop new products and provide technical support for the local market, state-backed Shanghai Securities News reported. Polysilicon is used for solar panels and electronics, as well as batteries and displays of electric cars.

"We will see more vital opportunities for growth in China and Asia this year and increase local investment," Christian Hartel, director of the Munich-based firm, told the same newspaper, without disclosing the scale of financing.

China's photovoltaic market met its Waterloo last year as narrowing subsidies hit production lines. This caused a declining demand for solar components in China and a price slump in the whole value chain, Hartel said. The firm sold EUR824 million (USD923.1 million) worth of polysilicon in 2018, down 27 percent from the previous year, according to its earnings report.

In order to tackle the hurdles, Wacker must enhance its price advantage and boost its market share in the semiconductor sector, as well as make more polysilicon to produce monocrystalline silicon wafers for solar power generation, Hartel added.

The company ventured on new paths at the first China International Import Expo last November with a 3D silicone printer. The firm has deemed to enter the related market this year, targeting aerospace equipment, robots, rail transit equipment, and medical devices. "We have received inquiries from Chinese customers and seen rising orders," the director said.

The electric cars sector is another lucrative field, and the firm is increasing the production capacity of silicone rubber in its Zhangjiagang production base in Jiangsu province. Wacker has largely concluded cooperation with all major domestic NEV makers and most European ones to provide them with related products, Hartel said.

The direction is toward downstream, as rising consumption and industrial upgrades in China and Asia are sparking a large demand for consumer goods, according to Hartel. Hence, the firm is investing in research and development. It completed the construction of a food application laboratory in Shanghai last month.

The ways of expansion also involve older pipelines, as Wacker is increasing its polymer production capacity to boost competitiveness in the fields of construction, coatings and adhesives as well as expanding its vinyl acetate-ethylene copolymer emulsion plant in Nanjing.