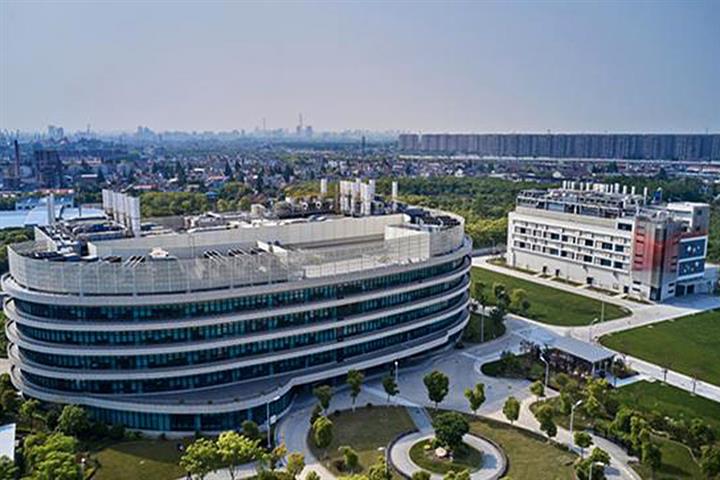 (Yicai Global) Nov. 13 -- Since 1990, when the State Council, China’s cabinet, officially announced the opening of the Pudong New Area in Shanghai, a number of multinational energy and chemicals companies, including BASF, BP and SABIC, have taken root there and grown together with the Chinese market.

In 1994, German chemical giant BASF built the BASF Shanghai Pudong Innovation Park in Gaoqiao Town, and registered its China headquarters there in 2004. The park currently employs more than 3,000 people.

Saudi Arabia’s SABIC built its Shanghai plant in Waigaoqiao Bonded Area in 1999. In 2013, its Shanghai research and development center was set up in the Pudong Kangqiao Industrial Zone as the company’s new base in China, which can accommodate up to 500 staff. SABIC recently set up SABIC China Investment in the Shanghai Pilot Free Trade Zone to further optimize its operation structure.

“It can be said that SABIC has always been rooted in Pudong, witnessing the area’s transformation from farmland to a new district,” said Li Lei, SABIC vice president and president of SABIC North Asia. “The continued development of Pudong has also contributed to SABIC’s sustained growth in China.”

UK energy giant BP officially located its China headquarters in Pudong’s Lujiazui district in 2012. Most of BP China’s businesses and functional departments have settled in the area since then.

The decision to locate its China head office in Shanghai was based on two reasons, BP China told Yicai Global. One was to better cover the Yangtze River Delta market, but more importantly, the company valued Shanghai’s inclusive, open and mature business environment, including a professional and pragmatic government style and service awareness, a sound legal and living environment, talent introduction and innovative development environment.

That has greatly enhanced the confidence of multinationals to invest and develop in Shanghai.

In addition to establishing their China headquarters in Pudong, energy and chemical giants have set up technology centers and R&D hubs in the district, and have continuously hiked investment.

The BASF Shanghai Pudong Innovation Park’s investment has totaled EUR180 million (USD212.5 million) so far. Relying on strong R&D, BASF will continue to use the innovation park as its hub to expand its local network, develop local talent, enhance its R&D strength and promote innovation to meet the demands of customers and the market, the company said.

BP set up the Castrol China Technology Centre in Pudong in 2010. The center, one of the key deployments of BP Castrol global scientific and technological strategies, aims to provide comprehensive lubrication technology solutions for China’s automobile, aviation, shipping and industrial sectors and is committed to providing support for the development of cutting-edge lubricant technologies. It has developed into one of BP’s big three lubricant technology centers worldwide.

SABIC looks forward to the Pudong government’s continued practice of “streamlining administration, delegating power to the lower admin levels and strengthening regulation” and further introduction of measures for “tax and fee cuts and targeted burden reduction”, the company said.

That is of great significance to the confidence and determination of foreign-funded companies to firmly invest and stay in China under the current difficult international economic environment. The ‘Pudong Model’ is bound to become a mature and efficient model that can be used as a reference by other areas in China.

Preferential policies for the regional headquarters of multinationals formulated in Shanghai are highly targeted and implemented vigorously, and the government keeps its promises to enterprises, BP China said. These supportive policies really help the regional HQs become bigger and stronger and thus build a solid business reputation.

With the help and support of the Shanghai government, the Shanghai FTZ’s efforts in improving the business environment and facilitating trade and its innovative and favorable policies in customs, foreign exchange and market access, provide a good opportunity for the further development of BP’s business in China, the firm added.