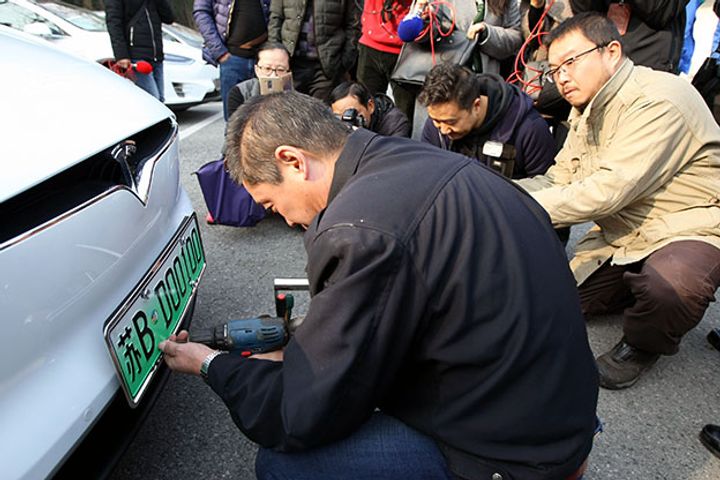 The number of NEVs on China's roads nationwide total 1.018 million, states the latest statistics from the Traffic Management Bureau.

The first pilot projects for NEVS registration plates started in December last year in the cities of Shanghai, Nanjing, Wuxi, Jinan and Shenzhen, with some 76,000 special plates issued.

The government will extend the initiative from next week to the northern cities Baoding, Qingdao, Langfang and Changchun, the central cities of Hefei and Zhengzhou, the southern cities of Fuzhou, Zhongshan, and Liuzhou, as well as the western cities of Chongqing, Chengdu and Kunming. A national roll-out is expected sometime in the first half of next year.

"We mainly follow the principle of voluntary alterations for the use of NEVs, which means that owners can voluntarily apply to alter their old registration plates in favor of NEV ones," said Wang Qiang, deputy director of the Traffic Management Bureau.

Local authorities will manage plate issuance for NEVs based on vehicle type in order to better enforce the sector's development and management nationwide. Plates for smaller NEVs start with a letter, while larger ones contain a letter at the end. only D and F numbers are used at present, signifying battery-only electric NEV and hybrid NEV, respectively.

Authorities have adopted measures including QR codes, anti-counterfeiting watermarks and laser patterns in order to make the safeguard the system.