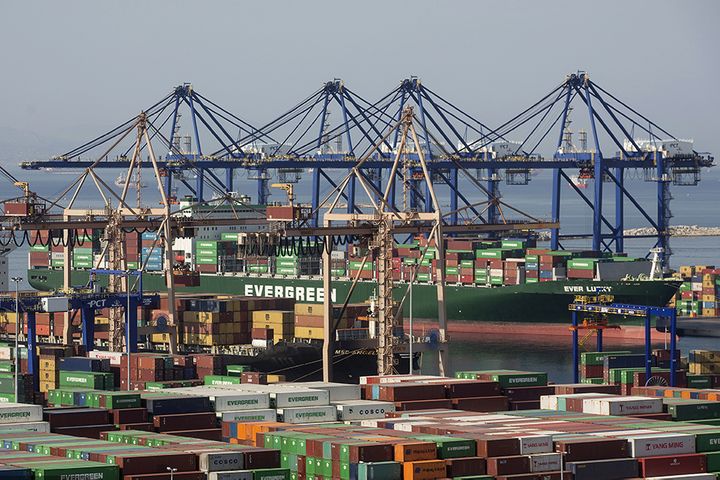 Greece's Piraeus Is Not Ready for China COSCO's Container Terminal

(Yicai Global) Oct. 14 -- China COSCO Shipping has gotten the green light from Greek authorities to invest EUR611.8 million (USD675.4 million) to build a cruise ship terminal, mall, and hotels at the Port of Piraeus nearby Athens, but no container terminal.

Greece's Port Planning and Development Committee approved parts of COSCO's proposal, which will create thousands of new jobs, the Shanghai-based shipping giant said in a statement on its website on Oct. 12.

The original EUR800 million plan included a fourth container ship terminal that was rejected because the conditions for a new terminal are not mature, Italian maritime news outlet MediTelegraph reported, citing the committee.

COSCO is the controlling shareholder of the Piraeus Port Authority after its acquisition of a 67 percent stake in 2016. Before that, the Chinese state-backed marine firm penned a 35-year franchise deal for two container terminals at the European port in 2008.

The throughput of the three existing container terminals is expected to rise to 5.5 million or 5.8 million twenty-foot equivalent units this year, according to the PPA. The annual container throughput climbed to 4.9 million TEUs last year from 880,000 TEUs in 2010.