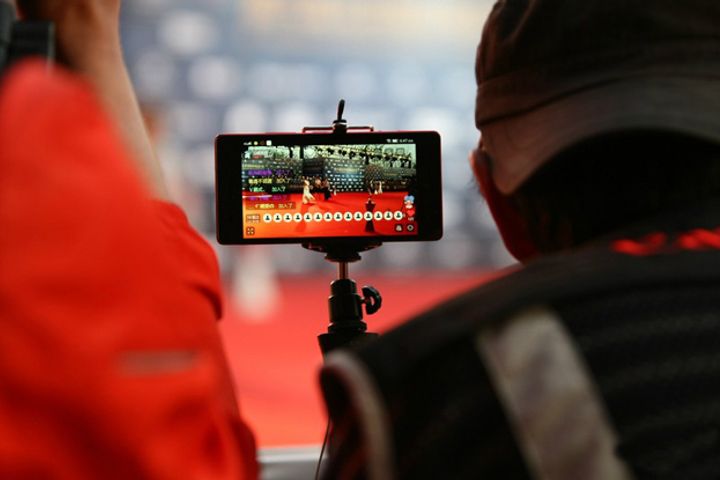 (Yicai Global) July 31 -- Many live-streaming platforms have run into trouble since the turn of the year, and many have filed for bankruptcy.

Others, however, have posted strong earnings growth.

Online video broadcasters who are not backed by social or media platforms will take the worst hit, a market insider told Yicai Global, adding that outperforming live-streaming businesses are typically those supported by social media network organizations.

"Live-streaming companies must take good care of [either of] two businesses. One is social networking, and Yy.com and Immomo.com are widely noted as leading social networking platforms. The other business is media -- live-streaming is also a media service," Xu Weifeng, co-president at iQiyi, told Yicai Global. "Qixiu, a live-streaming site iQiyi operates, is a typical example of the latter. Live-streaming firms will not run into any serious troubles as long as they're affiliated to either business. Otherwise, their live-streaming operations will be unsustainable due to high user acquisition costs."

Live-streaming platforms that have been performing relatively well can be generally divided into two categories, said Zhang Juyuan, chief operations officer at Panda.tv. The first group is represented by Inke.cn, Huajiao.com and Immomo.com, all of which are social networking services featuring good-looking hostesses. The other category is comprised of online broadcasters of high-quality 'pan-entertainment' content like Panda.tv.

"Creating high-quality content is very important for live-streaming platforms," Zhang told Yicai Global. "The competition used to focus on popular hostesses, but now the companies have shifted their resources and attention to creating professionally-generated content with the support of technical teams, prompting them to attract and train fully qualified professionals, as well as innovating their business philosophies and business models. Furthermore, high-quality content allows them to integrate various upstream and downstream resources such as investment, content production, sponsors and distributors into the live-streaming ecosystem."