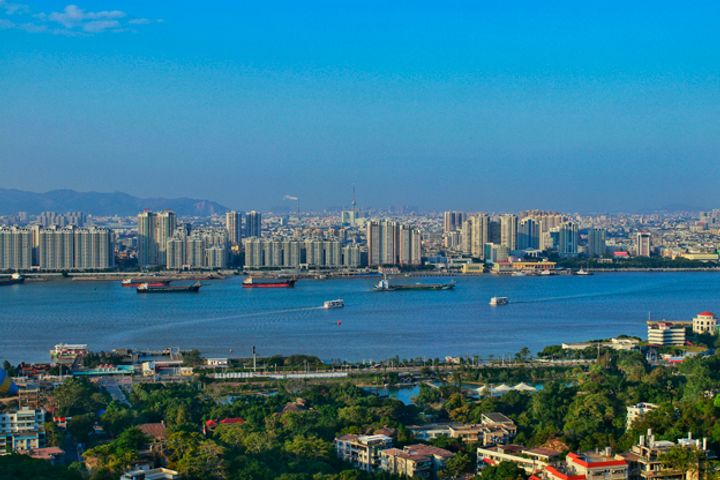 (Yicai Global) Jan. 30 -- China's industrial powerhouse of Guangdong has trimmed its economic growth target for this year to between 6 percent and 6.5 percent after falling shy of its goal for 2018.

The southern province, one of China's biggest import and export bases, racked up a gross domestic product of CNY9.73 trillion (USD1.47 trillion) last year, according to data published by the local statistics bureau on Jan. 28. Its economy has been on a tear since the late 1990s, climbing past Singapore, Hong Kong and Taiwan.

Its growth rate has been faster than those three regions combined since 2014, but slowed to 6.8 percent last year, slightly below its 7 percent target. However, it is still well on track to knock a few more Asian economies down a peg in the near future, with South Korea next in its sights.

Guangdong's GDP will be larger than South Korea's in about two to three years, Peng Peng, vice president of the Guangdong Society of Economic Reform, told Yicai Global. The province's growth rate is slowing as traditional manufacturing firms are transforming to meet modern standards, and the development of high-end manufacturing and emerging industries still needs some time, he added.

South Korea's economy was worth nearly USD1.66 trillion in 2018, ranking it 11th in the world by countries, data from the International Monetary Fund shows. The East Asian nation is only on track to grow at about 2.6 percent in 2019, so Guangdong should be able to quickly narrow the gap.

Exports from the Chinese province gained 1.2 percent last year, a result of companies upgrading their technology and a big push from external factors that led to some foreign traders rushing their exports, said Xiao Yaofei, a professor at the Guangdong University of Foreign Studies' School of International Economics and Trade.