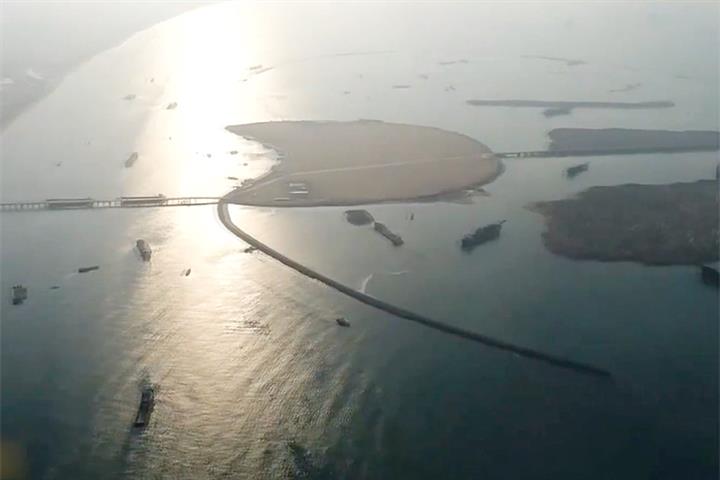 (Yicai Global) June 24 -- The environmental protection agency in Hainan province has fined a new airport project in Sanya CNY80 million (USD11.3 million) for illegal land reclamation and demand reinstatement, with an extra fine to be levied daily if the CNY80 million is overdue.

The project was part of the artificial island project for Sanya's new airport, which had a total investment of more than CNY100 billion (USD14.2 billion). The island in the Hongtang Bay area is about 3.3 kilometers offshore and 6.7 kilometers northeast of visitor attraction Tianya Haijiao, which is considered China’s Land’s End.

Construction of the airport fully halted in December 2017 following an expose by Beijing-based environmental activist group Friends of Nature on the dangers it posed to endangered Chinese white dolphins in Hongtang Bay.

The two firms failed to compile a marine environmental impact report or submit one for review and approval by the local marine administration, according to the written administrative penalty ruling the provincial environment agency recently published on its website.

An added 3 percent of the fine, or about CNY2.4 million, will be levied each day if the CNY80 million fine is not paid on time, per the ruling.

Infilling of the artificial island will impair the value of the ecosystem by about CNY2.54 billion each year, an earlier environmental assessment report projected.

Hainan is China’s southernmost province and a tourist island often compared to Hawaii and Florida. Its ever-swelling influx of visitors was the reason for the new airport’s construction.