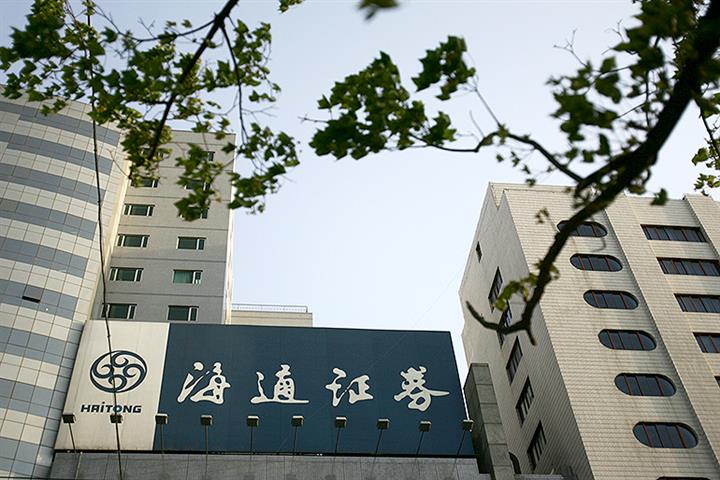 (Yicai Global) Sept. 9 -- Shares of Haitong Securities plunged after the Chinese brokerage said regulators had launched an investigation into suspected violation of securities rules by the firm.

The China Securities Regulatory Commission is probing Haitong Securities over a suspected failure to perform due diligence as the financial adviser to Aurora Optoelectronics, the Shanghai-based firm said in a filing to Hong Kong Stock Exchange yesterday, adding that it was operating normally.

Aurora Optoelectronics had a backdoor listing in 2015 through an asset restructuring plan, which Haitong Securities advised on. A few years later, the company was found to have illegally provided loans and joint guarantees to individuals and other parties in the name of its subsidiaries.

Except for 2019, when it reported net profit of CNY68 million (USD10.5 million), Aurora Optoelectronics has run up losses in three of the past four years. The net loss was CNY93 million in the first half of this year, and the firm said there is a risk of bankruptcy and liquidation.

Haitong Securities was downgraded two levels to BB from the top AA, according to this year’s classification of securities firms announced by the CSRC at the end of July, resulting in restrictions on many of its businesses.

This is not the first time that the CSRC has probed Haitong Securities. In March, the brokerage was told to halt consulting services on bond sales for 12 months for flouting regulations to help Yongcheng Coal and Electricity Group sell debt the state-owned coal miner was then unable to repay.

It was also banned from registering new private asset management products for six months, and was ordered to increase the frequency of its internal compliance checks and submit regular reports, the CSRC said on March 24.