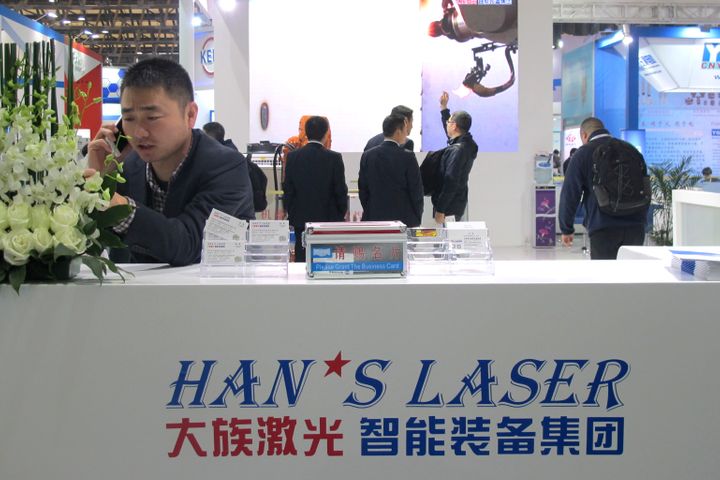 (Yicai Global) Aug. 1 -- The European research center of Han's Laser Technology Industry Group, in which investment so far totals CNY670 million (USD97 million), is still nothing more than just a small room in a Swiss town, Yicai Global has discovered.

China's leading laser equipment maker set out plans in 2011 to build the center at a cost of CNY50 million, later increasing the budget to CNY1.1 billion (USD159.4 million). Eight years later, it still has not opened and investors are demanding answers.

Last week, the Shenzhen-based company revealed the location of the facility in a small alpine town named Engelberg. Han's Laser said its European branch bought Europäischer Hof, a hotel in the town, in 2011 intending to convert it into an R&D base with guest and meeting rooms for conferences, receptions and training courses.

A reporter from Yicai Global visited this week and found that the center's actual registered address is just a 10-meter-square room in another building in Engelberg. Renovation work on the hotel began in 2016, but it remains unfinished. Thomas Dittrich, chief executive of Han's Laser's European branch, declined to answer any questions about the center.

"No comment from our side," Dittrich said. "I am not being unfriendly. My advice is to please make contact directly with China."

The likelihood of the hotel being turned into an R&D hub seem slim. Switzerland has very strict rules about changing the designated use of hotels, a local real estate expert told Yicai Global. Local government officials the reporter contacted had not even heard of the project.

R&D centers are usually located in cities with good transportation links and a well-developed economy to attract skilled employees, an analyst said. Yet Han's Laser's center is in a ski resort, over an hour's drive from Zurich.

Even Han's Laser seems to have given up hope on the center. It has since set up an R&D base in the US, an employee at the company's securities firm told Yicai Global, and the future of the European center is under discussion.

As of March, China Securities Finance, Central Huijin Asset Management, Swiss investment bank UBS AG, Canada Pension Plan Investment Board and many other large institutional investors were all major shareholders in the firm.