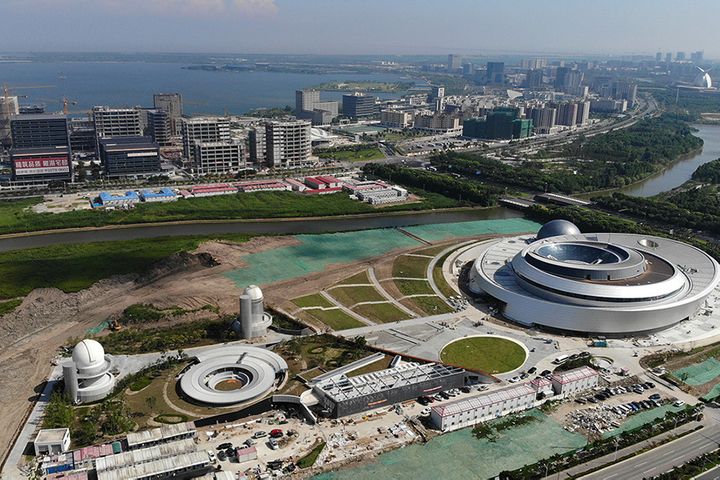 The area, which was mostly reclaimed from the sea, is home to American electric vehicle maker Tesla's Gigafactory 3, the EV producer's first plant outside the US. The extension, which is roughly the size of the Hong Kong Special Administrative Region, roughly doubles the area of Shanghai's FTZ, the South China Morning Post reported.

The first 13 firms, which are active in integrated circuits, biomedicine and artificial intelligence and which have been the targets of over CNY30 billion (USD4.2 billion) in investment, have received business licenses to operate there since the inauguration of the Lingang Area of the Shanghai Pilot Free-Trade Zone on Aug. 20.

ENN Energy Power Technology (Shanghai) secured the first industrial land since Lingan's inception in its early-launch zone on Aug. 29, thus demonstrating that construction of industrial projects in the new area is off to a rip-roaring start. The firm will erect its miniature gas turbine research and development base on the parcel.

JD.Com and Lingan's administration committee signed a deal on Aug. 30, per which the Shanghai AI Innovation Center will set up an entity in the new FTZ add-on.

Industrial projects worth CNY100 billion are set to locate in Lingang new area this year, according to planning. Moreover, the area will keep attracting domestic and overseas high-level projects to maintain a rapid growth of about 20 percent.

Lingang has lured many businesses with its '6+2' open policy and system and the 50 supporting policies Shanghai just introduced, which afford it enormous advantages, the head of an agency responsible for attracting business investments told Yicai Global. The '6' refers to investment and operation facilitation, free movement of goods, convenient capital flows, highly open transport, free practice of vocation and fast access to information, while the '2' denotes internationally competitive tax and comprehensive risk management systems.